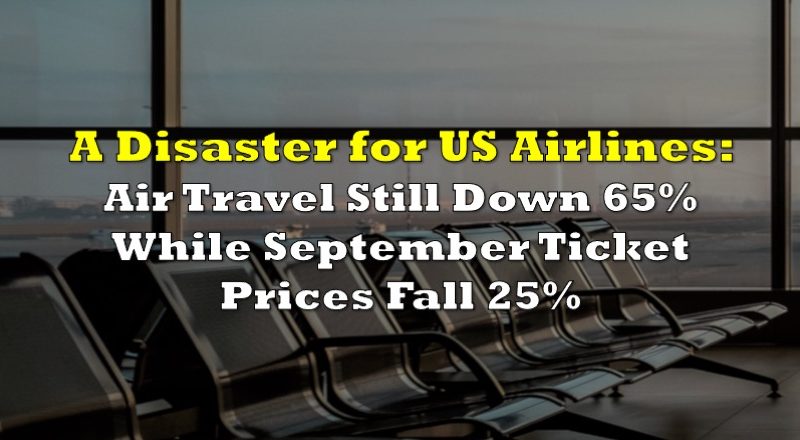 As governments around the world fail to get the coronavirus pandemic under control and fears mount of yet another wave underway, the recovery path for airlines remains very murky and uncertain, especially for airlines in the US.

According to TSA airport screenings, the number of passengers passing through US airports remains 65% lower compared to the same time a year prior. During a normal, non-pandemic year, there is typically a peak in air travel during the summer months of June, July, and August which mostly consists of holidayers, followed by another peak after Labour Day, which is mostly business-related travel or vacation time for those that do not have school-aged children. This year is vastly different however, as all those traveller categories have practically disappeared into the abyss.

According to CPI data released by the Bureau of Labour Statistics, the height of the pandemic was truly the worst for the airline industry. During the months of February, March, and April, retail ticket prices fell by nearly 30% compared to the same time a year prior – the largest three-month drop on records dating back to 1984. In comparison, even during the aftermath of 9/11 and even during the height of the 2008/2009 Financial Crisis, ticket prices declined by only 5.9% and 21.2% respectively. Despite the lifting of restrictions on domestic travel in the US, airline ticket prices still remain 25% below September 2019 levels.

For many airlines, especially the ones in the US, the crisis began when travel was banned to and from China, followed by restrictions expanding to various other countries around the globe. Although domestic travel has rebounded somewhat, international travel – which is where airlines make the most profit – still remains significantly subdued. Business travel, which is also another lucrative segment for airlines, is also at an all-time low as corporations remain reluctant to send their employees to international destinations unless they definitely have to. 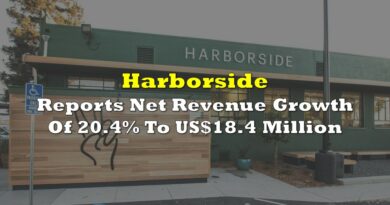 Harborside Reports Net Revenue Growth Of 20.4% To US$18.4 Million 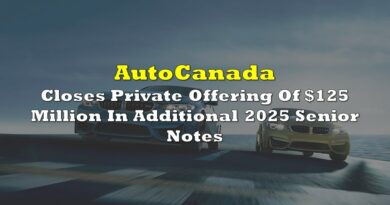 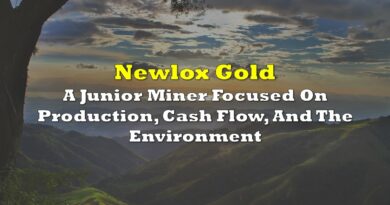