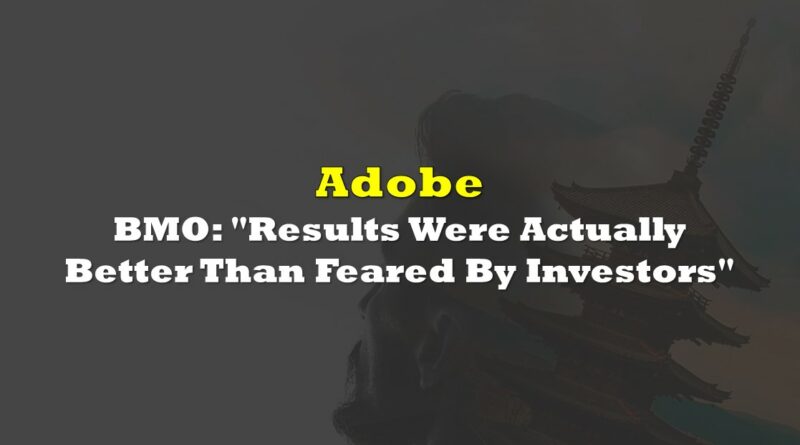 On March 22nd, Adobe Inc (NASDAQ: ADBE) reported its fiscal first quarter 2022 results. The company announced record first quarter revenues of $4.26 billion, up from $3.42 billion last year during the same period. Of that $4.26 billion, $3.96 billion came from subscriptions, while $145 million and $159 million came from product and other services revenue respectively. The company reported $3.75 billion in gross profit and $1.58 billion in operating income, putting it’s net income and earnings per share for the quarter at $1.27 billion and $2.68, respectively.

Additionally, the company reported that its Document Cloud ARR surpassed $2 billion, while its Digital Media ARR increased $418 million to $12.57 billion. It also announced that it would be halting all new sales of Adobe products in Russia and Belarus due to the active war, and said that they are reducing its Digital Marketing ARR by $75 million and $12 million which represents the ARR for both Russia, Belarus and Ukraine.

The company also provided second quarter guidance, wherein they expect revenues to grow to $4.34 billion, with $440 million in net new ARR. They expect their digital media segment to grow 13% year over year, marking the slowest growth segment of the company, while the company’s digital experience and subscription revenues are expected to grow 15% and 17%, respectively.

In BMO Capital Market’s note on the results, they reiterate their outperform rating and $535 12-month price target, which represents a 15% total return. They say that the results are pretty mixed, as the company’s new ARR beat their estimate by $18 million. They comment that net new ARR was $410 million this quarter, though some of it was inorganic due to contributions from Frame.io. The company saw negative FX change during this quarter and BMO believes that net net, new ARR likely came in flattish this quarter.

On Document Cloud net new ARR growing $103 million this quarter, BMO says that this was above their expectations. Though this growth suggests a 2% deceleration from the third quarter, they write, “we think the deceleration expectation was largely baked in at this point, and the results were actually better than feared by investors especially compared to the broader document workflow market trends.”

BMO says that Adobe’s operating margins of 46.8% is 50% above their estimates. They believe that this quarter’s margins benefitted by fewer T&E due to peak Omicron in December and January. Though, they believe that margins will retrench in fiscal 2022 versus 2021 due to increased hiring and higher pay.

Lastly, BMO says that they are making changes to their estimates. They have slightly lowered their fiscal full-year 2022 earnings per share and revenue estimates based on Russia, Ukraine, and Belarus, while the company has signaled that they will be paying a higher tax rate. They end the note by saying “While we retain our concern about the longer-term impact of greater competition in the creative market, we nevertheless think Adobe is attractively valued based on the revenue growth potential of 15% y/y in FY23.” 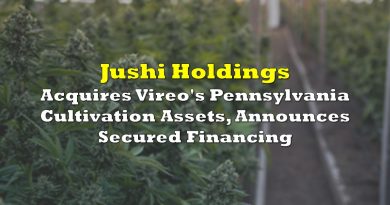 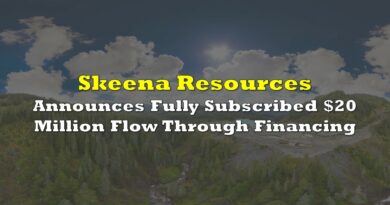 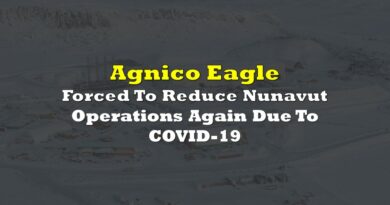 As he is known to do, Elon Musk once again promised something and failed to deliver.  This time, Twitter’s owner