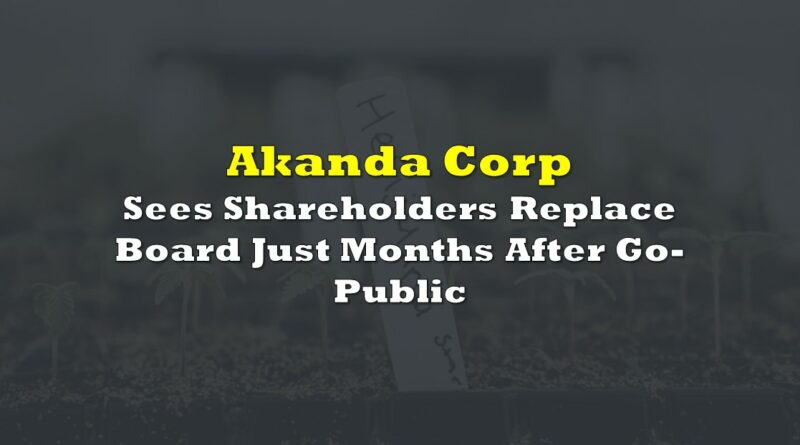 It may have gone public just in March, but Akanda Corp (NASDAQ: AKAN) has already seen its board of directors kicked to the curb. The firm has seen “concerned shareholders” take control of the company in light of a poor early performance for the company.

The concerned shareholders, whom hold 54.1% of the company, this morning indicated that they have passed a resolution, effectively removing six directors from the firms board. The directors, which include Bridget Baker, Gila Jones, Gugu Dingaan, Louisa Mojela, Philip van den Berg and Charles Kie, have been removed in favour of :highly-qualified and motivated directors.”

Notably, Tej Virk, CEO of the company, was the only director not replaced by the concerned shareholders.

The move was reportedly spearheaded by David Jenkins, whom owns 6.8% of the company through a private BC co, 1306077 BC Ltd. Jenkins is said to have been frustrated by the “lack of oversight and strategic direction,” with his frustration leading him to demand immediate change.

Replacements for the board include Kathryn Field, Harvinder Singh, Jatinder Dhaliwal, and Mohsen Rahimi. Of the replacements, the most notable appears to be Field, whom is the current president of Halo Collective (NEO: HALO).

Akanda notably was a spin out of Halo, indicating that the former parent of the firm is not satisfied with the performance of the company to date. Halo currently owns roughly 41% of Akanda, demonstrating that the public firm was a major part of the push towards replacing the management team of the spinout.

The replacement of directors is said to be effective immediately.

Akanda Corp last traded at $0.92 on the Nasdaq. 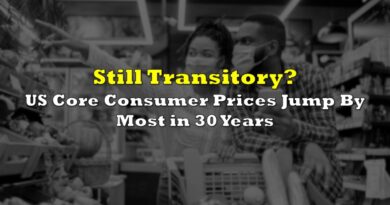 Still Transitory? US Core Consumer Prices Jump By Most in 30 Years 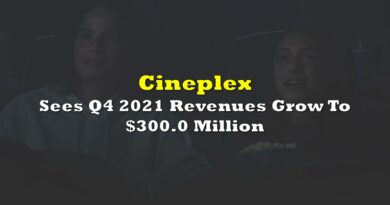 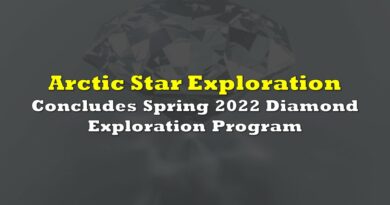