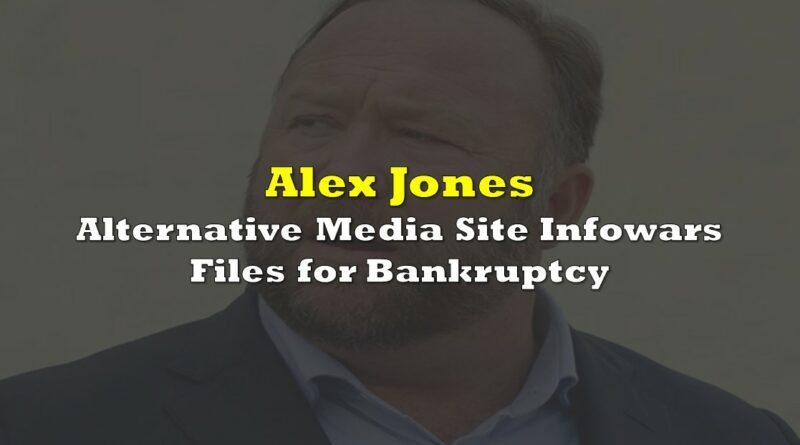 Inforwars, along with Alex Jones’ other sites PrisonPlanet TV and Infowars Health, filed for Chapter 11 bankruptcy on Sunday at the US Bankruptcy Court in the Southern District of Texas. Jones’ flagship conservative news site claims it faces liabilities anywhere between $1 million to $10 million, and only has about $50,000 in assets. Although Jones failed to disclose the reasoning behind the insolvency filing, he has faced multiple defamation cases over the past several years, all while revenue streams from his websites were drying up after being removed from social media platforms.

It is however alleged that Jones previously withdrew roughly $18 million from the company over a period of three years, which began in 2018. The withdrawals notably occurred when defamation lawsuits began to hit the company. Furthermore, the company is alleged to have previously claimed a $54 million debt to another firm, which some have stated is also owned by Jones indirectly.

Last November, Jones was held liable for damages after family members of Sandy Hook Elementary School victims from Connecticut sued him over claims the shooting was staged to enforce more stringent gun control legislation. Similarly, in September, he was found liable in a similar lawsuit filed by victims’ family members from Texas. It still remains unclear how much Jones will have to pay in each of the lawsuits; he previously made an offer to pay the Connecticut plaintiffs $120,000 each, insisting he was too ill to testify in court.

However, Connecticut Superior Court Judge Barbara Bellis found Jones to be in contempt of court, and instead fined him $75,000— which was later reimbursed when he finally did show up in court. As such, it can be assumed Jones merely filed for bankruptcy to grant him more time, given that a Chapter 11 proceeding halts all civil litigation and grants additional preparation for turnaround plans. All three of Jones’ sites still remain operational online.

Jones’ websites were removed from major social media platforms including Facebook, Twitter, YouTube, and Apple Podcasts back in 2018. He typically voiced conspiracy theories on his sites and alleged fake news, but the platforms insisted he was banned for violating hate speech rules. 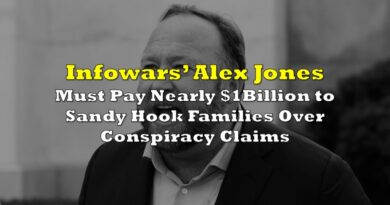