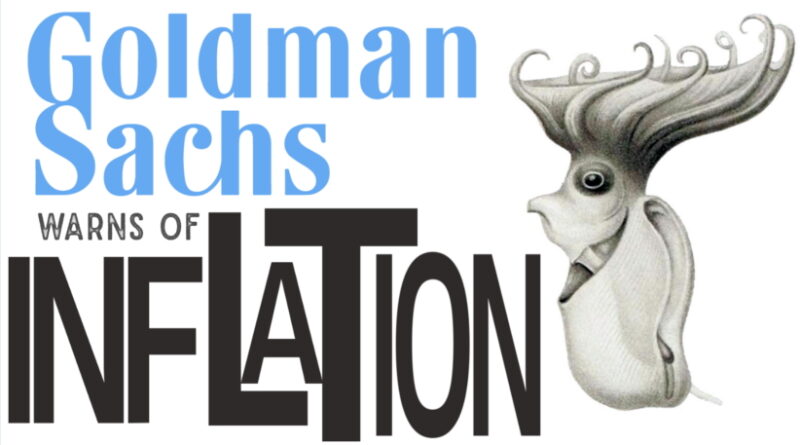 Goldman Sachs (NYSE: GS) Senior Chairman Lloyd Blankfein was making the media rounds this past week, warning that companies and consumers ought to brace for a recession. It’s a message that echoes a report in which Goldman’s inflation calculations led to a cut of its GDP growth forecast for 2022 from 2.6% to 2.4%, and from 2.2% to 1.6% for 2023. Blankfein and Goldman frames it as a “necessary growth slowdown,” to help reduce inflation back down towards the Fed’s 2% target by tempering wage growth.

That’s certainly one way to look at it. Inflation is basically too much money chasing too few goods, and if wage-earners have less to spend on stuff, it amounts to less buy-side pressure on goods and services, and that gives prices a chance to level out or fall.

Goldman Sachs, a global banking enterprise whose opinions are covered in all corners of business and general media, and to whom inflation, just like any other economic condition, represents something around which they can build a strategy that makes a pile of money without providing any meaningful contribution, doesn’t say anything about anything else that might reduce buy side pressure.

A January 2021 Research and Markets report estimates the size of the global financial services sector at $22.5 trillion in 2021. At a $93 trillion global GDP, that’s nearly one quarter of the world’s economy.

Goldman’s operations produced a net profit of $21.1 billion last year. That’s $2 billion shy of the $23 billion profit that fellow cartoon villain company Exxon Mobile (NYSE: XOM) printed at a much lower margin, while at least giving the world some gas for its money.

The $14 billion that Goldman booked in investment banking income, the $21.4 billion it booked in trading revenue, and the $11.6 billion it booked in fees and commissions ($8 billion in asset management fees, $3.6 billion in “other fees”), didn’t just materialize out of the ether. It was all baked in to someone’s cost of capital, and made its way into the price of whatever that someone produced, to the extent that the market allowed for it. That’s how pricing works. This is capitalism.

Goldman’s pricing benefits from the premiums that its consumers are willing to pay for an exceptional grade of service. The service bay at the Toyota dealership, for example, charges more for a tune-up than Joe’s Garage, because Toyota employs people with experience who use only OEM parts. Goldman’s investment banking desk costs more than TD’s because they employ people with the experience to know, for example, who to bribe and how they’re most likely to get away with it, and who have the relationships to open those types of opportunities in the first place.

Friday’s news about Goldman settling an investor’s civil suit over its part in the Malaysian 1MDB bribery scandal for $79.5 million has since been buried under the enormous media footprint caused by Goldman saying anything at all about inflation – a hot topic that affects everyone – and another well-covered, widely-shared, and more relatable story about a policy change at the firm that gives its partners an unlimited amount of vacation.

The change is an on-brand answer to the anguished screams of a bunch of junior analyst crybabies who made a powerpoint last year about how >100 hour work weeks and widespread abuse from their superiors was affecting their personal lives. Evidently, management gave it some thought and determined that the complaints of their underlings were really stressing them out.

They’d like to give these cubicle mushrooms some more time off, honest they would, but the firm can’t just charge a seven figure advisory fee for something that a partner who plays squash with one of the client’s principles made up as he went. It has to find information to validate that advice, then put it together in a report that makes the partner’s seat-of-the-pants counsel seem well-considered. That takes time and effort, and demanding that it be produced immediately is the perfect way to determine which one of their middle-ladder twerps is serious about making a grab for the top rungs.

Goldman’s philosophy on the allocation of vacation resources is similar to the broader economic philosophy expressed in this report. The tsunami of inflation that they’ve managed to contribute to and benefit from is going to hurt everyone, but won’t be so bad if wages come down. Anyone who’s having trouble affording nickel and dime stuff like gas and baby formula should have anticipated this inflation and hedged it out. Goldman’s shares are trade publicly, so the $300 million in gains that its trading desk has already booked trading inflation in 2022 is technically available to everyone, to the extent that it made its way into the share price.

It won’t all go into the bonus pool!

Information for this briefing was found via Edgar, Bloomberg and the sources mentioned. The author has no securities or affiliations related to this organization. Not a recommendation to buy or sell. Always do additional research and consult a professional before purchasing a security. The author holds no licenses. 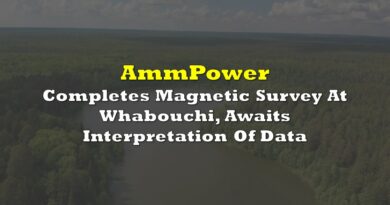 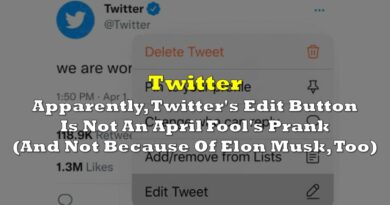 Apparently, Twitter’s Edit Button Is Not An April Fool’s Prank (And Not Because Of Elon Musk, Too) 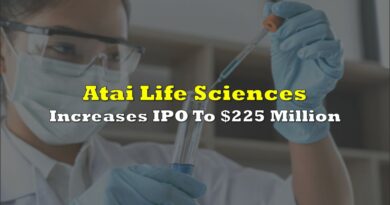