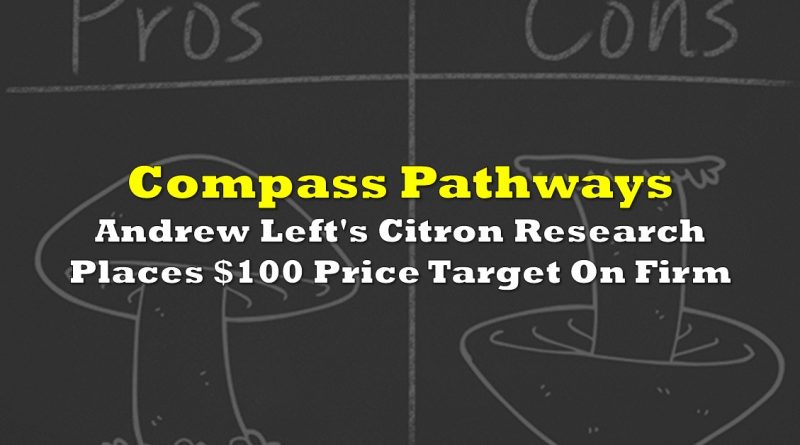 Andrew Left of Citron Research today released a research paper on Compass Pathways (NASDAQ: CMPS), giving it a long term price target of US$100. This comes a week after Left went on Benzinga’s talk show where he said, “they are the first ones using psilocybin, what’s in the magic mushrooms, for FDA approval for mental health purposes,” and adds that the market loves a good concept stock.

In this 13 page report, Left calls Compass, “The Platform Mental Health Company 50 Years in the Making.” Today is the start of mental illness awareness week, and Left believes mental illness is more important now than it has been in the last 30 years as depression levels have tripled since the start of the lockdowns.

Citron loves that Compass has received breakthrough therapy status from the FDA to use a synthetic version of psilocybin to treat treatment-resistant depression. Compass is different from others because they have a moat, which is their psilocybin formulation called COMP360, and has patented the process. “The patent covers the use of COMPASS’ synthesized investigational psilocybin formulation, COMP360, in a psilocybin therapy protocol for patients with treatment-resistant depression.”

Citron also comments that “the global TAM for medicinal psilocybin therapy is so large there is no reason why CMPS is not $100 immediately, which would make it only a $3.5 bil company,” and touts an enormous TAM four times in this research piece but fails to quantify the TAM or a timeline for the compound annual growth.

Their next large portion of commentary is on the management, advisory board, and investors. Citron then reminds the readers that Compass is not a cannabis company being run by stock promoters and says, “this is a pharmaceutical company who is driving the most innovative advances in mental health care in decades.” He talks explicitly about David Norton, the former Chairman at Johnson & Johnson, Tom Insel, the EMA’s former executive director. The Chief Development Officer Trevor Mill has a combined 25 years at Biogen, Pfizer, and Johnson & Johnson.

Citron believes that Compass’s next step is to branch out to cancer and the end of life market as they think CMP360/psilocybin will get a speedy approval from the FDA. To support this thesis, Citron says, “consider this – about 40% of the global population will be diagnosed with cancer in their lifetime, and 100% of the global population will die. How big is the TAM for people that are going to die?”

Citron explains how they came to their U$100 price target by saying, “the TAM for people with depression who have failed two or more previous treatments is over 100 million people,” and quotes Elon Musk, “you get paid in direct proportion to the difficulty of problems you solve.”

Information for this briefing was found via Citron Research. The author has no securities or affiliations related to this organization. Not a recommendation to buy or sell. Always do additional research and consult a professional before purchasing a security. The author holds no licenses. 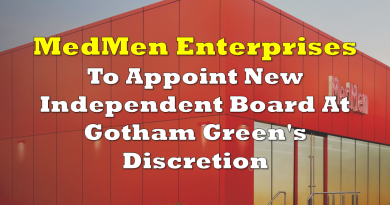 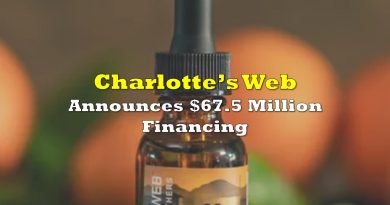 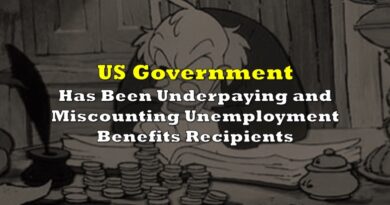