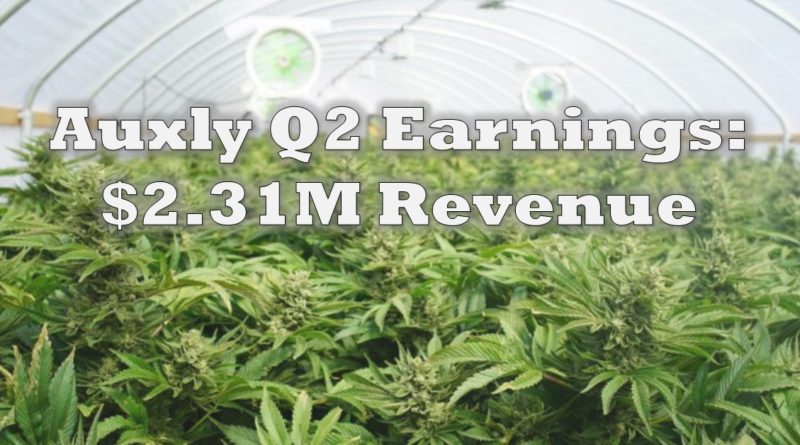 Auxly Cannabis (TSXV: XLY) reported its second quarter earnings for fiscal year 2019, indicating the firm had generated $2.31 million in revenues for the period ended June 30, 2019. Auxly’s posted a corresponding net loss of $14.19 million for the quarter.

Revenues were broken up into two segments, with research contracts and other recognizing revenues of $2.31 million, while cannabis sales came in at $0.44 million, leaving many to wonder what exactly Auxly has been doing with the hundreds of millions in funding the firm has obtained over the last several years. For the six month period, research contracts generated revenue of $2.84 million, while cannabis recognized $0.73 million, for a total $3.57 million for the period. Gross profit for the three and six month period came in at $0.44 million and $0.83 million respectively, before fair value adjustments.

Expenses for the quarter came in at $16.15 million, with selling general and administrative expenses taking up the largest portion at $11.32 million.

Things were only marginally better when looking at the balance sheet, with the firm posting $119.12 million in cash and equivalents during the period, down $45. 89 during the quarter as a result of significant cash burn. Meanwhile, inventory came in at $15.56 million and biological assets amounted to $1.53 million.

Conversely, current liabilities came in at $122.39 million overall, with the largest portion being attributable to convertible debentures that come due on January 17, 2020, with $95.90 million still owing. Accounts payable was the second largest expense, with $17.99 million outstanding.

As we’ve identified previously, Auxly’s outstanding convertible debentures are one of the largest risks facing the firm. Had Auxly failed to secure the influx of cash from Imperial Brands (whom is likely questioning their actions right now), they would be in a much more dire situation. With monthly cash burn running at over $15 million per month, there was little means for operations to continue without additional funding. The $123 million secured through the sale of 19.9% of their operations will enable them to cover their outstanding debt, and leave a little on the side for continuing operations.

In terms of cannabis sold, Auxly indicated in todays press release that dry flower sales have been curtailed in advance of the anticipated legalization 2.0 products. The product instead will be used to develop derivative cannabis products. Despite being a cannabis operations, little color was provided on the product itself. The average selling price on a per gram basis was noted to be within a range of $1.50 to $14.00, and no color was provided on how much product was sold. Rather, the firm discussed future products that it intends to bring to market late in the fourth quarter as a result of changing regulations.

Although Auxly identified that it had opened its first retail store in Lloydminster, Saskatchewan, this did not occur until after the reported period on July 11. Guidance was provided by the firm that significant revenue generation is not expected to occur until the legalization of derivative cannabis products as a result of Auxly’s shifted focus. 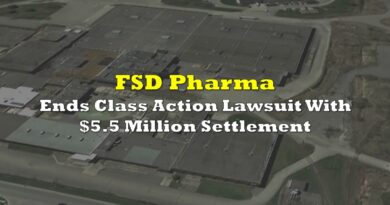 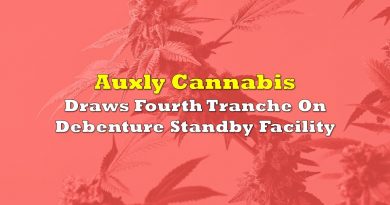 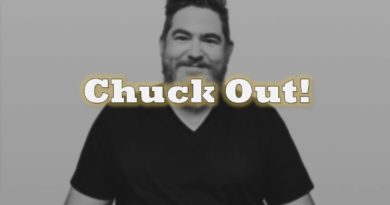 Chuck Rifici Out! Auxly Moves On