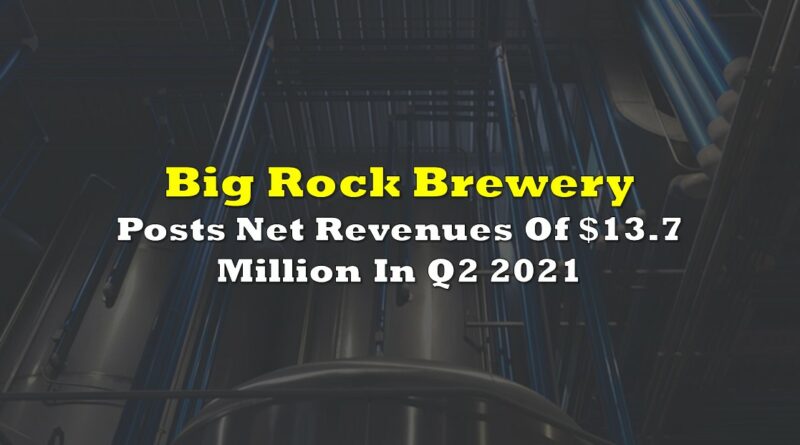 Big Rock meanwhile saw expenses increase by $0.6 million to $4.3 million, with the company attributing the increase to increases in distribution between provinces.

The company’s operating income was recorded at $1.1 million, showing no changes from the year ago quarter. Big Rock’s net income meanwhile increased to $0.8 million in the quarter, versus a net income of $0.6 million realized in the same period last year.