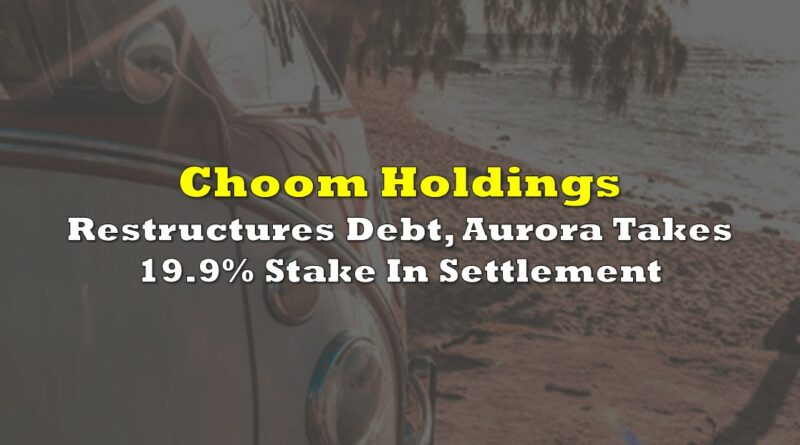 Choom Holdings Inc. (CSE: CHOO) announced Tuesday that it has entered into a series of agreements with existing debenture holders to restructure its approximately $25.9 million in outstanding debt. This includes the $21.8 million outstanding debt the company owes to Aurora Cannabis Inc. (TSX: ACB).

As of March 31, 2021, Choom’s convertible debenture held by Aurora represents a $20.0 million principal amount and $1.8 million in interest. As part of the debt restructuring, Aurora agreed to convert the outstanding debt into Choom common shares which effectively sees Aurora taking a 19.9% stake in the company at an undisclosed price per share.

The two companies also amended their investor rights agreement where Aurora will elect two seats for Choom’s board should the former hold 10% or more of the total common shares. Aurora gets to nominate 1 director if it holds a 5-10% stake in the company.

The debt restructuring agreement also sees Choom issuing a new $6.0 million convertible debenture to Aurora at a 7% annual interest rate maturing on December 23, 2024. Choom is also set to pay Aurora a perpetual debt restructuring fee equal to 1.25% of all after-tax revenue. In connection with this, Choom holds the option to terminate the obligation after 5 years from the effective date upon paying Aurora in cash six times the preceding twelve-month restructuring fee.

Choom and Aurora are also in the middle of discussing a services agreement that will see Choom operating retail cannabis stores on behalf of Aurora. Should this agreement not be finalized within 90 days after the effective date of the debt restructuring, the restructuring fee will increase up to 5% of after-tax revenue.

The company also announced a public offering of units for $3.5 million to $5.0 million in aggregate gross proceeds. Each unit will consist of one Choom common share and one-half of a warrant to purchase a common share. Each whole warrant is exercisable to purchase one common share within 36 months from closing, with pricing terms not provided. 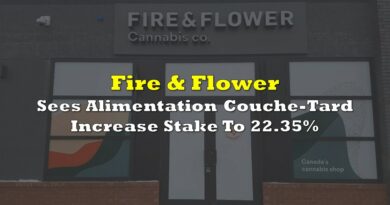 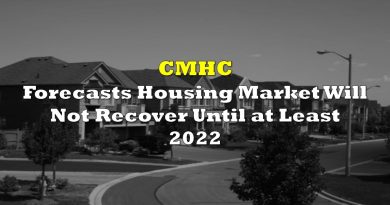