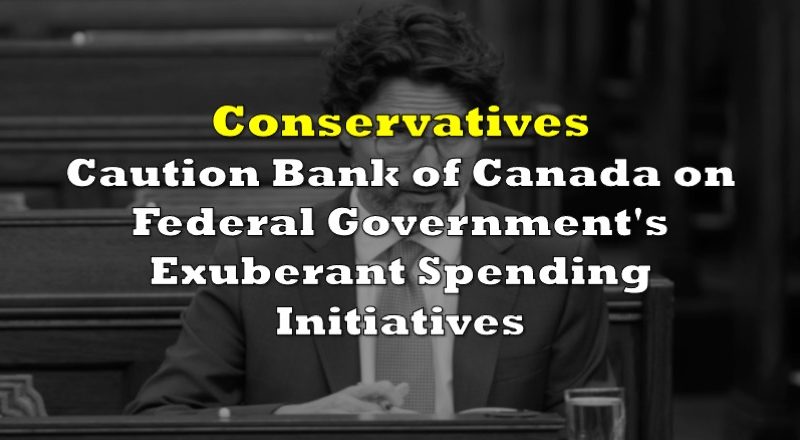 As the Canadian economy continues to recover amid the pandemic, it appears the politics surrounding government spending are starting to get heated. Canada’s opposition party has recently urged the Bank of Canada to exercise caution when it comes to funding the Liberal party’s spending measures, plunging the central bank into a political fiasco.

Chief Conservative spokesperson and lawmaker Pierre Poilievre expressed his concerns regarding the upcoming spending measures recently announced by the federal government. He drew attention to the long-term impacts of expanded monetary measures, and urged BoC’s Governor Tiff Macklem to remain impartial and not get caught up in ‘ideological’ debates. According to Poilievre, Canada’s central bank has not only become the primary financier of Prime Minister Justin Trudeau’s immediate pandemic emergency stimulus, but also unrelated spending measures as well.

The Bank of Canada has focused on purchasing government debt as a means of preventing interest rates from spiking amid the pandemic. Since the onset of the pandemic back in March, the Bank of Canada has bought over $168 billion worth of government bonds. However, the central bank’s main goal is not to fund the government, but rather ensure that the 2% inflation target is maintained for a strong economic recovery.

Trudeau on the other hand, has hinted in his September 23 throne speech that he wants to continue racking up the deficit. He announced a series of new spending measures unrelated to immediate pandemic emergencies, including pharmacare, a national daycare system, as well as additional spending on environmental measures and affordable housing. Although the announcements won enough support from the New Democratic Party, the Conservative opposition has not welcomed the post-pandemic spending initiatives.

Although the Bank of Canada is not alone in buying up government debt, its balance sheet has been growing more rapidly compared to the US Federal Reserve. The federal government’s budget shortfalls are expected to reach 20% of GDP by the end of the year, according to the International Monetary Fund. This puts Canada’s projected deficit at the fourth highest in the world, following Libya, Aruba, and the Maldives. Nonetheless, Governor Tiff Macklem has promised to continue purchasing bonds for the foreseeable future.

Information for this briefing was found via Bloomberg and the IMF. The author has no securities or affiliations related to this organization. Not a recommendation to buy or sell. Always do additional research and consult a professional before purchasing a security. The author holds no licenses. 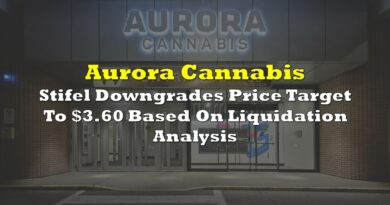 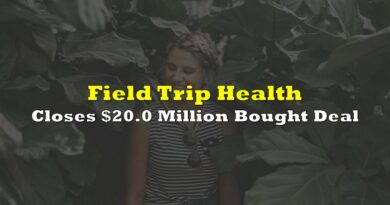 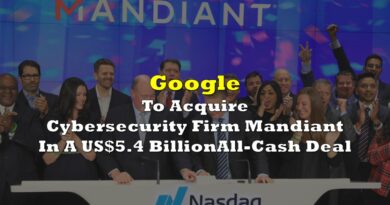 Google To Acquire Cybersecurity Firm Mandiant In A US$5.4 Billion All-Cash Deal