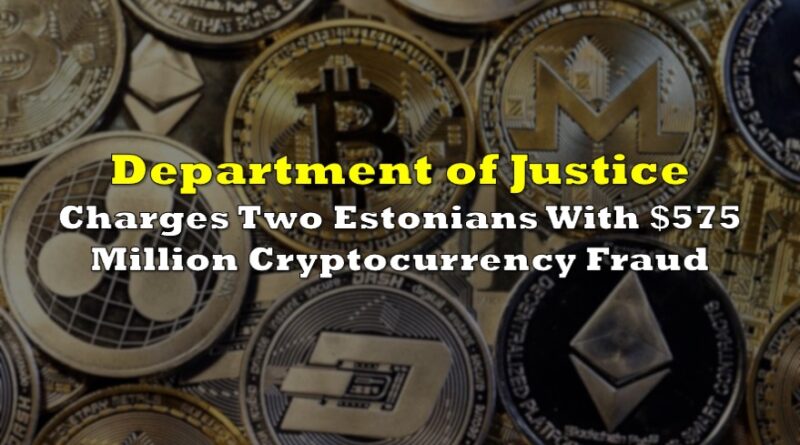 Two individuals of Estonian nationalities were arrested on Monday and charged with 18 counts related to a $575 million cryptocurrency fraud and money laundering scheme, following a rigorous investigation by the Department of Justice and Estonian authorities.

According to the DOJ, Sergei Potapenko and Ivan Turõgin, both aged 37, ran a cryptocurrency scheme that defrauded hundreds of thousands of victims after prompting them to purchase fraudulent cryptocurrency mining equipment rental contacts via their company called HashFlare, and invest funds into a nonexistent digital currency bank called Polybius Bank. According to the court documents, victims were prompted to rent a portion of HashFlare’s mining operations with the promise of virtual currency rewards that were mined by the part of the operation they owned.

Customers from all over the world, including from the state of Washington, paid a combined $550 million for the HashFlare contracts between 2015 and 2019. However, it turned out that HashFlare did not own any of the mining equipment it said it did, and when investors attempted to withdraw their proceeds, the defendants weren’t able to hand over the currency they alleged was mined, and instead either withheld the promised payments or sent cryptocurrencies that were hastily purchased on the open market.

The DOJ also alleges that in 2017, Potapenko and Turõgin raised up to $25 million from investors that they promised would go towards the creation of a bank specializing in cryptocurrencies. In exchange for their proceeds, investors were promised dividends from profits generated by Polybius; however, the pair didn’t end up forming a bank, and instead transferred most of the investors’ funds into offshore accounts and their own digital currency wallets. The indictment, which was returned by a grand jury in October, also charges the Estonian individuals with using shell companies and fraudulent contracts and invoices to launder the stolen proceeds.

“The size and scope of the alleged scheme is truly astounding. These defendants capitalized on both the allure of cryptocurrency, and the mystery surrounding cryptocurrency mining, to commit an enormous Ponzi scheme,” said Western District of Washington attorney Nick Brown. “U.S. and Estonian authorities are working to seize and restrain these assets and take the profit out of these crimes.” 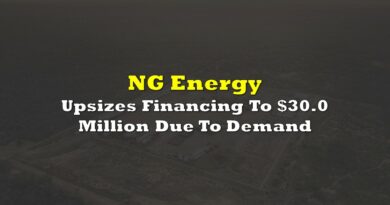 NG Energy Upsizes Financing To $30.0 Million Due To Demand 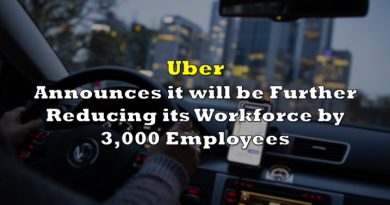 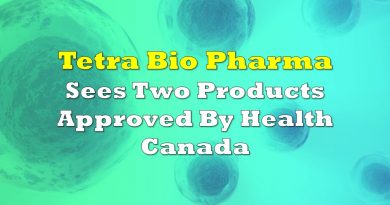