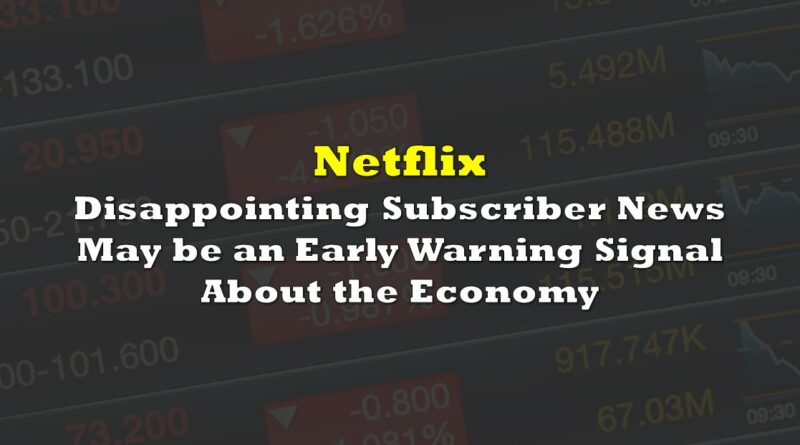 On April 19, Netflix, Inc. (NASDAQ: NFLX) reported a surprise 200,000 drop in global subscribers in 1Q 2022, its first decline in more than ten years. Moreover, the company projects a further two million subscriber decline in 2Q 2022. In response, the stock in after-hours trading lost about a quarter of its value, equivalent to a market cap loss of US$40 billion. Other stocks exposed to the streaming business were slammed as well. For example, The Walt Disney Company (NYSE: DIS) lost 4.5% in after-hours trading.

Netflix blamed its disappointing subscriber rolls on rising competition, as many mainstream entertainment companies, including Disney, have launched streaming services. Also, Netflix alleges that paying customers share their service with more than 100 million non-paying households. Finally, Netflix’s decision to wind down its Russian operations cost the company about 700,000 subscribers.

The Netflix results correspond with a media report covering the UK market that was released April 18. Together, the Netflix data and the UK report could be interpreted as an early warning sign that rising inflation is forcing households to begin to cut discretionary spending. If so, fears of a recession in the near to intermediate term could be legitimate.

With respect to the UK study, Kantar Worldwide published an “Entertainment on Demand” report stating that the number of UK households which pay for at least one streaming service (Netflix, Amazon, Disney +, and others) dropped by a not-insignificant net 215,000 in 1Q 2022. More specifically, 1.29 million households became new subscribers, and 1.5 million canceled services. Since the UK has just over 28 million households, this 215,000 net decline represents a drop of around 0.75% in just a single quarter. The movement to subscribe to just about anything to pass the time during COVID seems to have ended.

A key lesson from all this may be that soaring inflation must be quickly addressed for consumers to feel confident to spend more freely. It follows that the U.S. Federal Reserve must play its part by implementing a series of marked and painful interest rate hikes.

The fear of course is: will the Fed actually implement policies that what will cause consumers’ mortgage and credit card bills to rise? A number of Fed members have pledged to do so, but comments on April 19 by Atlanta Fed President Raphael Bostic have to be considered at least mildly concerning, “I really have us looking at one and three quarters [percent] by the end of the year, but it could be slower depending on how the economy evolves, and we do see greater weakening than I’m seeing in my baseline model.”

Reaching a 1.75% fed funds rate does seem sufficient to bring the Consumer Price Index (CPI) down significantly from the towering 8.5% reading for the twelve months ended March 31, 2022. Parenthetically and perhaps constructively, while Mr. Bostic will be a key participant in Fed policy setting meetings, he is not a voting member of the Federal Open Market Committee in 2022.

The disappointing Netflix and UK subscriber data could be an early signal of the tenuousness of western economies. While the U.S. Fed may be tempted not to implement a series of painful interest rate increases, those hikes may be necessary to avoid — or at least delay the onset of — an economic slowdown. 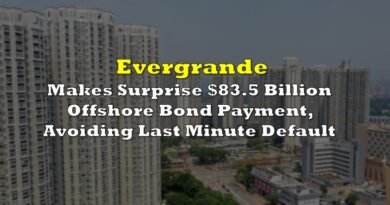 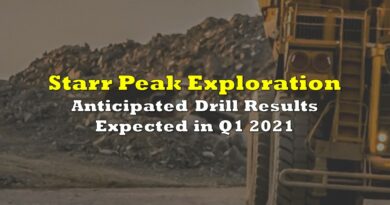 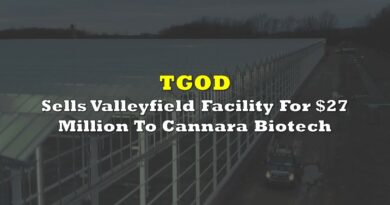