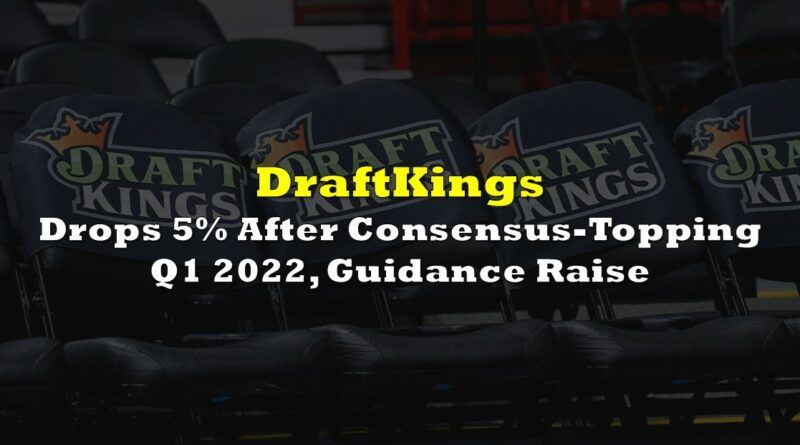 The company’s share price rose by approximately 8% pre-market following the financials release. But when the market opened today, shares plummeted by 5% from the last trading price.

On a non-GAAP basis, however, the adjusted loss per share came in at US$0.74, beating the consensus estimate of US$1.15 loss per share.

The company ended the quarter with cash and cash equivalents balance of US$1.77 billion. Current assets and current liabilities came in at US$2.40 billion and US$912.9 million, respectively.

The firm has previously announced that the first positive adjusted EBITDA quarter is expected in Q4 2023. Part of the strategy to achieve this is synergizing the acquired Golden Nugget Online Gaming.

The online sports gaming platform relayed that it engaged an average of 2.0 million unique paying customers monthly during the quarter, a relative plateau from last quarter and an increase from last year’s 1.5 million monthly users. The average revenue per user came in at US$67 for the quarter, down from US$77 per user in the last quarter but up from US$61 per user last year.

DraftKings last traded at US$14.44 on the Nasdaq, then down 5% when the market opened. 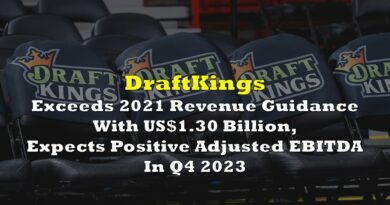 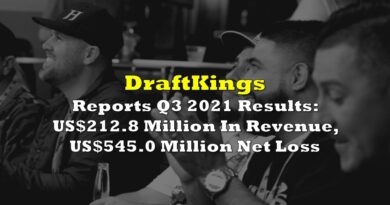 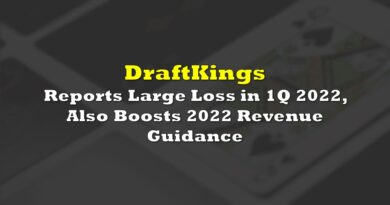