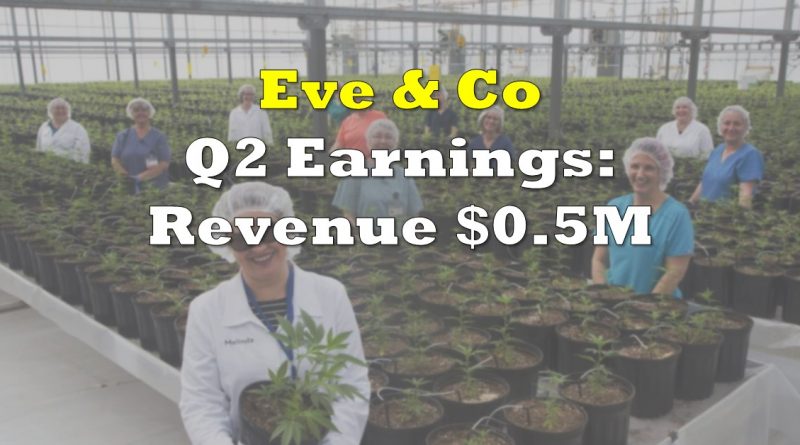 Eve & Co Incorporated (TSXV: EVE) released its second quarter financials for the period ended June 30, 2019 after the bell last night, posting a gross profit of $175,576 on revenues of $454,701. The firms quarterly revenues were a significant reduction from the first quarter of the year.

While total revenue for the six month period is currently sitting at $2.17 million, the firm posted a quarter over quarter decrease of 73.37% in revenues, without providing much explanation as to the reason for the decrease. At the end of last quarter, inventories were sitting at $1.14 million, providing investors with a sense of oncoming increasing revenues. Instead, inventory levels built to $5.38 million, without sufficient sales occurring.

Further compounding the issue of declining revenues for Eve & Co, is the cost per gram that the firm received on its product. On a per gram basis, revenue declined 21.47%, dropping from $2.98 last quarter to $2.34 in the current quarter. The firm sold 181.3 kilograms of cannabis and cannabis trim during the three month period, down from 622.8 kilograms in the prior period.

Perhaps a large portion of the reasoning behind Eve & Co’s declining sales, is that the issuer is largely reliant on a single customer at this point in time. Of the $454,701 in revenues during the second quarter, $424,579 or 93.37% of revenues came from a single undisclosed customer. During the six month period, the same customer accounted for 93.12% of all sales. Thus, Eve & Co’s current revenues are significantly reliant on the success of a third party. While the issuer is working towards obtaining additional distribution channels and clientele, it is unclear what demand this will provide.

Total expense for the period came in at $1.44 million, which are notably lower than many sector comparables. The largest expense within was professional fees, which accounted for $0.39 million, with stock based compensation trailing closely at $0.33 million. The firm posted a net income of $0.36 million for the quarter, thanks to an unrealized fair value adjustment on biological assets to the tune of $1.83 million.

Eve & Co’s shares closed yesterdays session on the Venture Exchange at $0.37, unchanged from the day before. 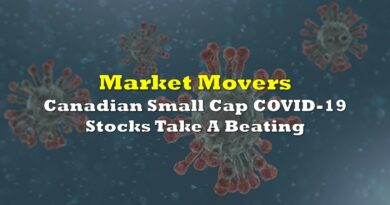 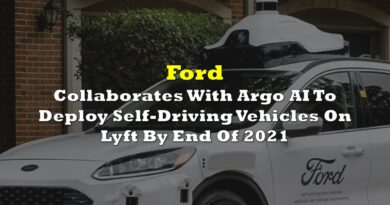 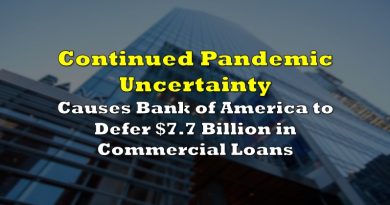