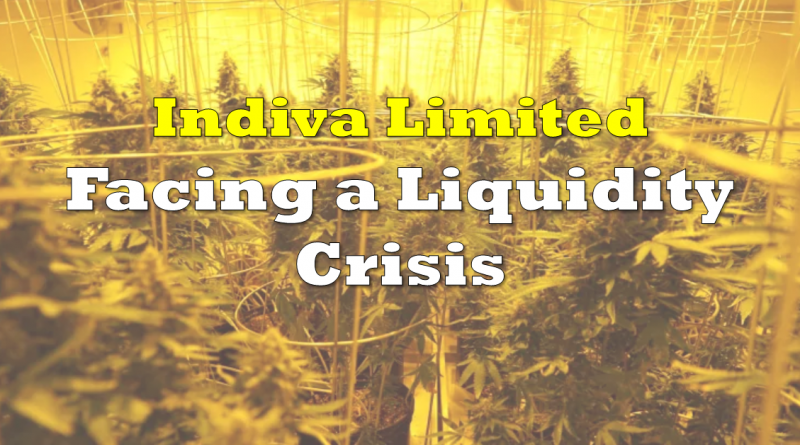 Indiva Limited (TSXV: NDVA) filed its second quarter financials late last night, revealing several key issues associated with the operation. Revenues were down on a quarter over quarter basis, with Indiva registering $173,500 in sales, a decrease of 28.11%.

While revenues were down for the firm, this isn’t the largest concern for the equity. Rather, the balance sheet of Indiva tells the story of a firm in dire need of additional cash in a short amount of time. Total cash sat at $3.87 million as of June 30, down from the $8.15 million reported as of March 31, 2019. Inventory rose from $1.44 million to that of $1.67 million, despite the lack of sales seen over the quarter. Biological assets remained relatively flat, increasing by $0.03 million over the three month period.

Total current assets decrease on a quarter over quarter basis by 41.21% to that of $6.79 million. Total assets also decreased, although by a smaller factor, from $32.20 million to $30.18 million.

While total assets decrease, total liabilities for Indiva saw a marginal increase. Accounts payable decreased from $1.66 million to $1.56 million. Meanwhile, the liability associated with outstanding convertible debentures rose from $4.57 million to $4.76 million. Total liabilities, all of which are current, currently stands at $6.35 million.

The largest issue currently faced by Indiva, by far, is its cash position. Over the three month period, the firm saw its cash deplete by $4.28 million – a figure larger than what is currently in the bank. While some of it was attributable to investing activities, the firm saw negative cash flow of $1.78 million during the three month period. When this negative cash flow is combined with current payables, very little is left on the table.

Assuming that Indiva is able to push paying any new bills into the following quarter, the firm is faced with an even larger problem: currently outstanding convertible debentures. These debentures are the single largest pain point for Indiva’s cash position. Coming due on December 13, 2019, the balance sheet records a liability of $4.76 million. However, this doesn’t record the full bill that is due as a result of accounting methods.

Issued in 2017 to the tune of $11,000,000, the unsecured debentures feature an interest rate of 10.0% per annum, as well as a conversion feature at $0.75. In total, $5.85 million of these debentures have been converted, leaving $5.15 million outstanding. The problem, is that Indiva is currently trading at $0.39 on the TSX Venture Exchange, meaning the likelihood of the remaining debt converting is very low.

This leaves Indiva in a financial conundrum. Without currently having the cash to cover the debentures, and the equity price being below the conversion price, Indiva is low on options on how to proceed. There is currently no options or warrants at current price levels, meaning that there is no chance of funding coming from the conversion of these units. Seeing the financial trouble that the firm is facing, the equity has continued to fall in price, and its likely that short funds will begin to pile onto the equity, as its clear that the firm will have to return to the markets for further funding.

Thus, Indiva appears to be caught in a death spiral at a time when it is trying to focus on scaling up from that of a craft grower to a nationally distributed cultivator of cannabis. Even without the outstanding debentures, the ability of Indiva to continue to year end without further funding is questionable. With the debentures, its almost a certainty that further cash infusion will be required. 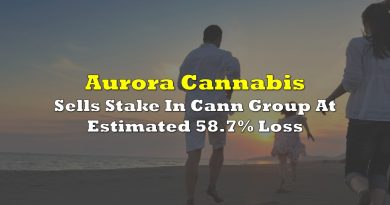 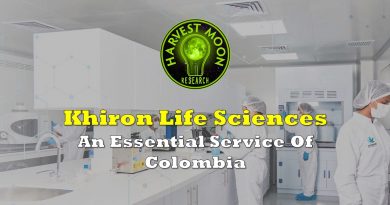 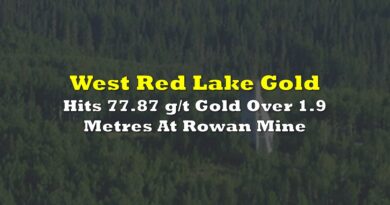