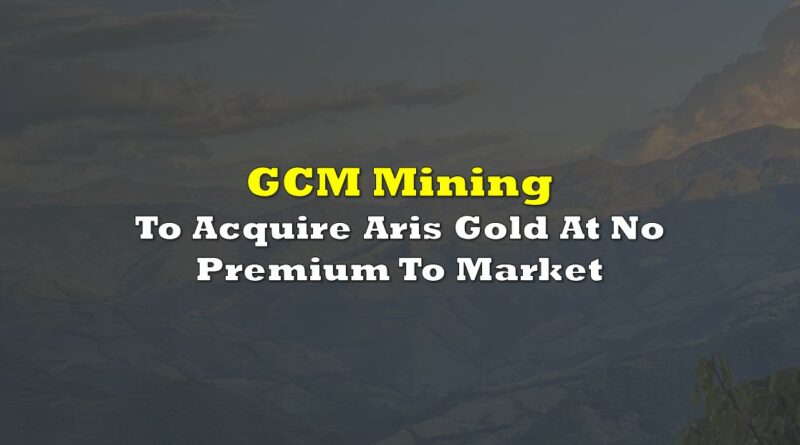 Consolidation continues to occur in the gold space, with the latest deal oddly seeing no premium provided to shareholders.

It was announced this morning that GCM Mining (TSX: GCM), which was formerly known as Gran Colombia Gold, will be acquiring that of Aris Gold Corp (TSX: ARIS). The resulting entity however will continue under the Aris Gold banner, with Aris’ management predominantly running the operation on a go forward basis.

Aris CEO and director Neil Woodyer, and Aris Chair Ian Telfer are to remain in their leadership roles in the resulting company, while Serafino Iacono, currently the executive chair of GCM, will serve as a director of the company. Also taking roles on the board will be Daniela Cambone, David Garofalo, Monica de Greiff, peter Marrone, Hernan Martinez and Attie Roux.

“We are building a gold mining business with scale, cash flow, a strong financial position with US$397 million of cash and US$260 million of additional committed funding, and a high-quality growth pipeline. Our teams are well known to each other, and together we will optimize the delivery of the growth projects to unlock shareholder value,” commented CEO Neil Woodyer.

The transaction itself will see Aris Gold shareholders receive 0.5 common shares of GCM for each Aris share held, with the exchange ratio being based upon the 10- and 20-day volume weighted average prices of the equities. The transaction was intentionally designed as a “no premiumm all-share business combination.” This is partially the result of GCM already holding a 44.3% interest in Aris.

Post-transaction, Aris Gold is expected to be the largest gold operation in Colombia, and “top of class” among junior producers. The firm is expected to have committed cash and funding of US$657 million, and free cash flow from the Segovia operation of US$84 million. Annual G&A savings meanwhile are estimated at US$10 million, while GCM’s dividend will also be eliminated with the funds instead being redirected to focus on growth.

“Our increased scale will also broaden our future opportunities to continue building a +1 million ounce producer over the next few years,” added Chair Ian Telfer.

The transaction requires approval from both Aris Gold’s shareholders, as well as GCM’s, in addition to standard regulatory approvals. The closing of the transaction is currently slated to occur in late September.

The transaction comes a little over a year after Aris Gold transitioned from Caldas Gold, which included a refreshed management team and fresh funding for the advanced stage gold explorer. 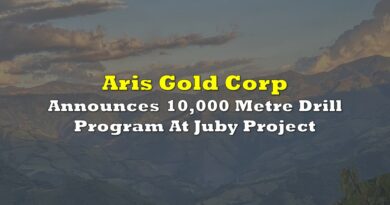 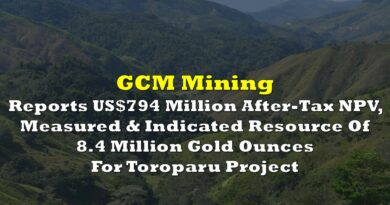 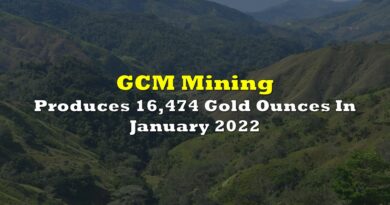