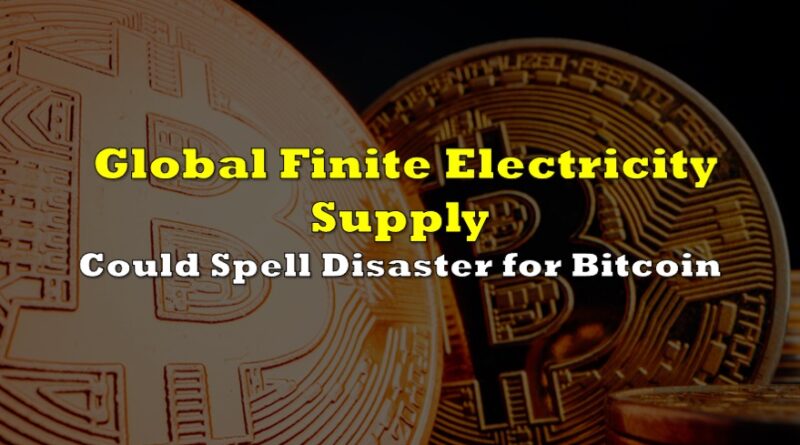 As the popularity and widespread use of cryptocurrencies slowly overtakes that of fiat currencies, the need for a faster hashrate will also rise in unison. However, with an increasing number of countries expunging miners and outlawing the practice all together due to the industries’ surging demand for electricity, crypto farms may soon find themselves between a rock and a hard place, with no where else to relocate.

After bitcoin miners were forced to flee China in droves after the communist country tightened its crack down on mining, the farms were forced to relocate to neighbouring Kazakhstan, which proved to be a much friendlier destination for the energy-extensive practice. But, according to estimates compiled by Cambridge University, the country’s share of the global hashrate soared by more than 18% from June to August, and by October, Kazakhstan’s government was forced to reduce the amount of electricity miners could access from a previous 2000 gigawatt hours to 100 gWh— a staggering 95% cut back.

Indeed, as Shawn Tully from Fortune Magazine points out, the enormous demand for electricity from bitcoin mining operations puts significant strain on a country’s energy supply— which is always finite, meaning that the more miners use, the less is available for ordinary citizens and companies. In most situations, the public outcry becomes so pronounced, that governments are forced to take action and ban the mining practice entirely, forcing miners to once again relocate to yet another country.

A similar situation also arose in Quebec, where the province initially welcomed bitcoin miners, but was soon forced to reverse the decision and severely restrict the amount of electricity the activities could use in order to avert a potential energy crisis. Likewise, Iran was also initially welcoming to bitcoin mining, as it viewed the cryptocurrency as a way to raise billions in revenues in an effort to overcome the severe shortcomings posed by trade sanctions.

However, Iran was soon forced to divert course, as sweeping blackouts in May propelled President Rouhani to outlaw bitcoin mining over the summer, in order to preserve some electricity to run citizens’ air conditioners during the scorching desert heat. Although the government has since lifted the temporary ban, Rouhani did impose a quota on the amount of electricity miners could tap into, essentially lowering the country’s hashrate to less than 4%.

A comparable situation also transpired in Abkhazia— an autonomous, Russian-supported state with population of around 250,000, where, Russian miners relocated to take advantage of its extremely low energy costs. However, come 2018, Abkhazia’s rolling blackouts got so severe, the government was forced to ban bitcoin mining. The region temporarily lifted the ban in 2020, but the sudden influx of electricity demand from miners burnt out a substation, so the government reinstated the ban until May 2022.

As one country after another takes action against mining practices, the number of bitcoin-friendly regions will continue to diminish. The less countries willing to accept such burdens on their power grid— the larger the hardships other nations will face that are willing to allow miners to operate. Despite this, though, displaced miners will continue to seek out alternative regions, as producing bitcoins has become too lucrative; the price of bitcoin significantly outweighs the cost of mining the virtual currency— by triple to be exact.

If bitcoin prices continue on their current trajectory, crypto producers will continue to flood the market and replace those that have been expunged due to their burden on their respective country’s power grid. But as Dutch economist Alex de Vries explains, “only when the cost of producing a Bitcoin approximates the price of a Bitcoin will that stop,” meaning that miners will keep issuing new coins and using more energy until the amount of electricity they consume will outweigh the price of bitcoin, thus making the activity no longer profitable.

“When the price was $40,000, the electrical use was already rising,” explained de Vries. “At $62,000, I estimate that consumption will increase from today’s 180 terawatt hours to 260 tWh, a jump of 44%.” So, as the appeal for bitcoin mining gains momentum around the world, the number of regions willing to take on such a draining practice on their power grid will diminish, and soon, miners will no longer have a place to move their gear. Albeit bitcoin’s skyrocketing rise in popularity is certainly one for the history books, its own demise may be just as confounding, as one rolling blackout after another could eventually shut the door to mining completely.

Information for this briefing was found via Fortune Magazine and Cambridge University. The author has no securities or affiliations related to this organization. Not a recommendation to buy or sell. Always do additional research and consult a professional before purchasing a security. The author holds no licenses. 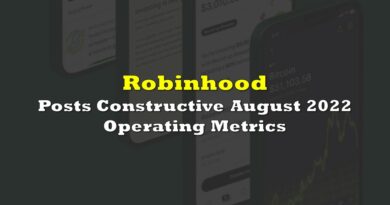 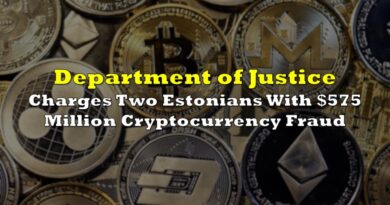 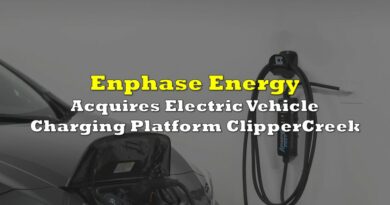