On Friday, Google’s parent company, Alphabet Inc (Nasdaq: GOOGL), announced that it slashed 6% of its global workforce due to today’s “economic reality.” The news was met with surprise, not just by the industry as the tech giant had so far managed to hold out without cutting jobs compared to its rivals, but also by the Googlers in the US who were part of the 12,000 slated to lose their jobs.

Many reported finding out after discovering that they’d been locked out of their online access to company tools. And many more were confused as their managers were also kept in the dark until the announcement was made, and there didn’t seem to be a clear pattern on how the cuts were decided.

Some were pandemic hires, some had been with the company for as long as 16.5, even 20 years. In the Friday memo from CEO Sundar Pichai, he puts the onus on today’s macroeconomic conditions, saying that while they’ve “seen periods of dramatic growth” over the last two years, they “hired for a different economic reality than the one we face today.”

The sentiment from those who had been cut was that the whole process had been cold, impersonal, and swift, almost urgent.

According to a report by Insider, the company held a town hall meeting on Monday to discuss the cuts, and one of the hot topics was the lack of an internal cascade that left even the managers of those who’d been included in the 12,000 unaware.

“In an ideal world, we would have given managers a heads-up, but we have over 30,000 managers at Google,” Fiona Cicconi, Google’s chief people officer, said on the call. She added that consulting with all the managers would’ve taken additional weeks, and the company wanted to “give certainty sooner.”

The leadership team, including Pichai, did not clarify on what they meant by “certainty” in the call. When asked why there was a “tight timeline,” his response was that they wanted to announce the layoffs “as soon as possible” and give people “as much certainty as possible.”

The company also said that employees outside the US who will be impacted by the layoffs, due to local regulations that the company has to adhere to, have not yet been informed, but will be in the coming weeks.

According to Cicconi, the layoffs were based on various factors, including “the company’s highest priorities and the employees’ skill set, experience, productivity, and performance history.”

Information for this briefing was found via Twitter, Insider, and the sources mentioned. The author has no securities or affiliations related to this organization. Not a recommendation to buy or sell. Always do additional research and consult a professional before purchasing a security. The author holds no licenses. 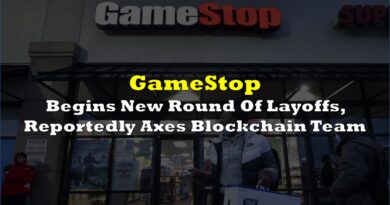 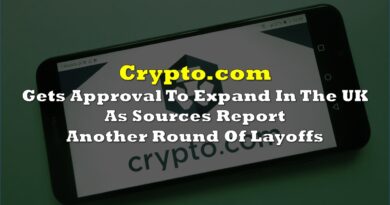 Crypto.com Gets Approval To Expand In The UK As Sources Report Another Round Of Layoffs 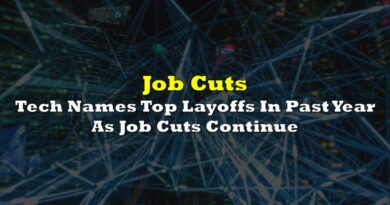