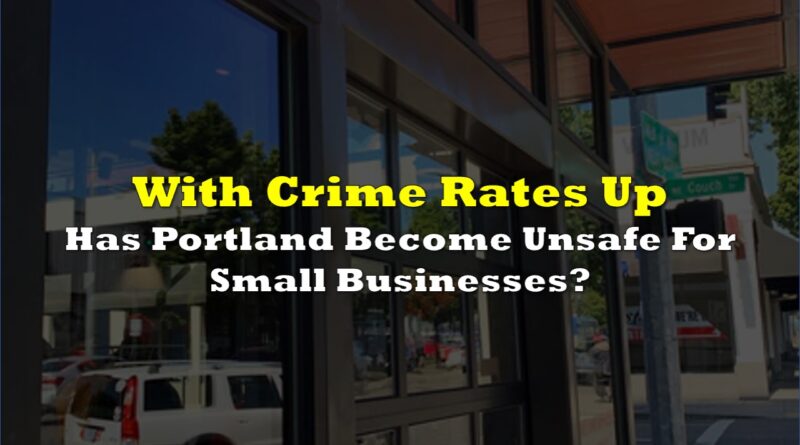 A small business in Portland has decided to permanently close its doors after having gone through 15 break-ins just in the last year and a half.

Marcy Landolfo, owner of Rains PDX in Northeast Portland, shared that most of the repairs after the numerous break-ins were paid out of pocket.

“It’s just too much with the losses that are not covered by insurance, the damages, everything. It’s just not sustainable,” Landolfo told KATU.com. She also told the publication that she decided to close immediately, and not wait until the holiday shopping season is over because she feels like there are just going to be more break-ins.

“The products that are being targeted are the very expensive winter products and I just felt like the minute I get those in the store they’re going to get stolen,” she said. Rains is a retailer of outerwear and outdoor clothing based in Aarhus, Denmark, and Londolfo’s Rains PDX is (or was) its first US partner.

But more than the break-ins and the financial impact, Landolfo is concerned about the safety of her staff.

“Everyone is focusing on the 15 break-ins,” she told KOIN.com. “There’s a lot of other shenanigans going on during our working hours.” The owner said that there have been “unsavory individuals coming in here and scaring the crap out of my employees,” Citing instances where people who were likely on drugs or were going through some sort of mental health crisis would come into the store and exhibit “unsafe, criminal behavior,” and put her employees at risk.

According to KATU, they reached out to Mayor Ted Wheeler’s office after Landolfo’s store was broken into in late October. The response they got was that the mayor’s team was working to increase funding for business repair grants through the Prosper Portland program.

The mayor’s office also said that they are trying to streamline the permitting process for safety-related requests like storefront lighting. They also mentioned that they participated in a retail safety summit in October. There was no mention of their efforts to combat rising crime rates in the area.

A recent analysis of national crime data found that in 2021, Portland saw a 17% rise in property crimes like break-ins, and a whopping 38% increase in violent crimes. A separate review found that robberies were up in 29 of 40 cities studied, with cases going to 737 from January to July 2022, compared to 488 from the same period the year before.

“Small businesses have a lot stacked up against us. We have no backup from law enforcement. In my opinion, from the officers I’ve talked to that have responded, they are just as frustrated. They want to serve and protect people, they don’t want this crime happening either, but, they have to prioritize gunshots, murders, and homicides,” according to Landolfo. “I don’t think anyone with a pulse can say they’re happy with how things are going in this city.”

Information for this briefing was found via KATU, KOIN, and the sources and companies mentioned. The author has no securities or affiliations related to this organization. Not a recommendation to buy or sell. Always do additional research and consult a professional before purchasing a security. The author holds no licenses.