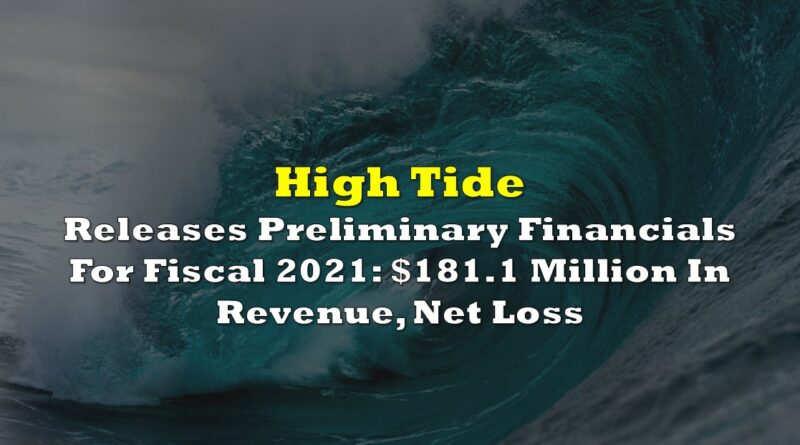 “Due to personnel challenges arising from the pandemic, the Company has not been able to finalize its income tax provision to date,” the firm explained. Full set of financial statements is expected to be released on or before January 31, 2022.

Breaking down the topline revenue figure, $150.5 million of the revenue came from Canadian operations while $29.7 million came from the United States and $0.9 million from other international markets.

However, gross margin fell to 35% this year from 37% last year, which the company points to the discount club model for its retail stores launched in October 2021 that contributed to the decline.

However, the company reported an adjusted EBITDA of $12.4 million this year, up from the previous year’s $8.0 million.

At the end of the quarter, adjusted EBITDA came in at $1.6 million, up from $1.5 million last quarter but down from $3.6 million last year.

In fiscal 2022, the cannabis firm estimates to record at least $70 million in revenue for the first quarter, projecting an annual run rate of $280 million. It also intends to further expand its retail network to at least 150 locations, with a primary focus in Ontario.

High Tide last traded at $5.04 on the TSX Venture. 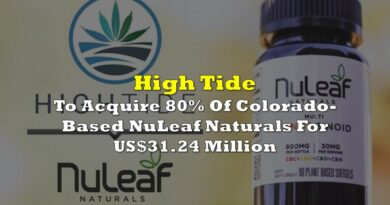 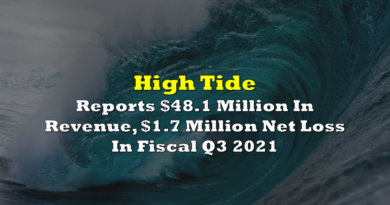 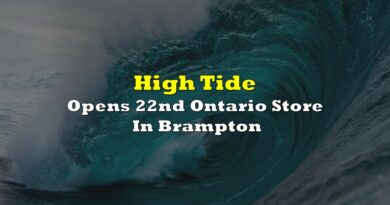