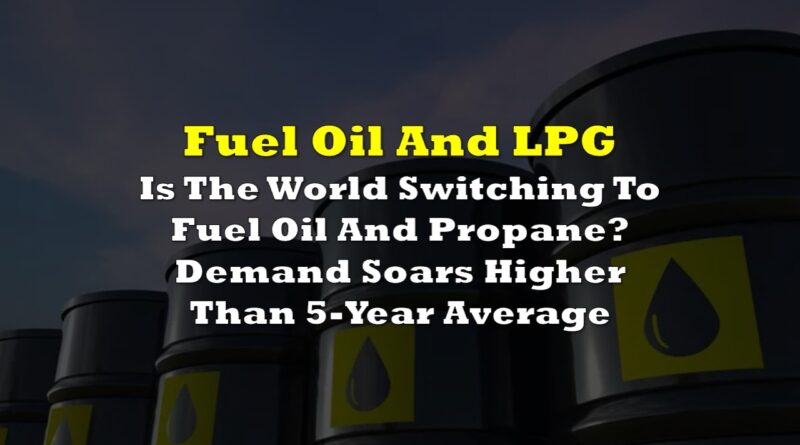 Fuel oil and liquefied petroleum gas (LPG) are sustaining growing demand, comparable to the higher end of its demand range for the past five years.

Both commodities are enjoying a surge of demand in 2022 and have exceeded their average demand from 2017 to 2021, according a report by the International Energy Forum. In particular, fuel oil surpassed its highest monthly demand for the five-year period in June 2022.

LPG demand started at its highest, as well, and is slowly paring with its historical demand in the past years.

The situation is opposite for global oil demand, which declined counter-seasonally (not a usual seasonal decline) in July as Indonesia, India, EU+UK, Saudi Arabia, and China all contributed to the collective decline of 1.1 million barrels per day (mbpd).

Corollary, gasoline and diesel demand also fell month-on-month–566 kbpd and 1.1 mbpd, respectively. The declines sent both the commodities’ demands below the five-year average for the first time this year.

The decline in oil demand is seemingly matched by the declining inventories. While total oil products saw its closing stocks increase by 62.7 million barrels in July–higher than the seasonal average increase of 17.3 million barrels–the run rate is still below the five-year average.

Crude oil, in particular, is 338.7-million barrels below the five-year average, despite its counter-seasonal increase of 9.2 million barrels.

A budding oil war is imminent as the US aims to cut Russia off its oil revenues and warns of imposing sanctions on buyers of Russian oil that would flout the proposed price cap. In response, Russian President Vladimir Putin threatened to stop energy exports altogether should the oil price cap be implemented.