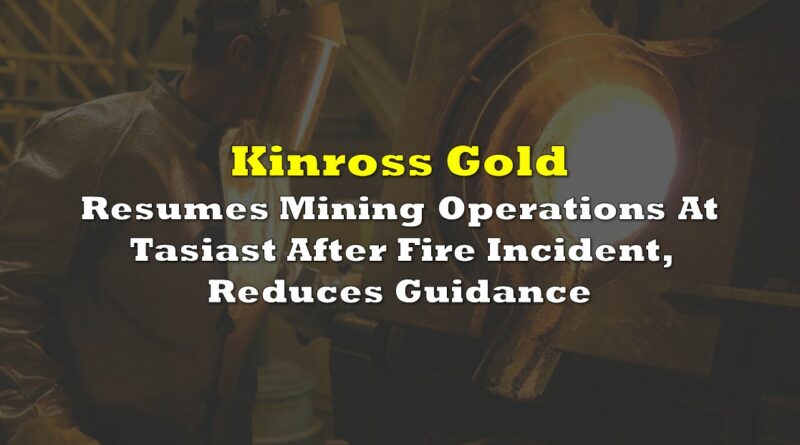 Kinross Gold Corporation (TSX: K) announced today that work has resumed at its Tasiast mine. The company suspended operations at the mine following a fire incident last Tuesday.

The mining firm has resumed mining activities at Tasiast mine and construction work on the Tasiast 24k expansion project. On the other hand, the SAG mill operations continue to be suspended as the fire incident occurred at the trommel screen of the mill.

“We are now focused on restarting milling operations at Tasiast and are mobilizing technical resources from across the company to expedite actions and achieve this goal,” Kinross Gold President and CEO J. Paul Rollinson said in a statement.

The fire incident started Tuesday at the SAG mill. The mine immediately shut down the mill and was able to contain the damage within the mill. After its investigation, the company reported that there were no injuries sustained from the incident.

The company estimates costs to restart the SAG mill will be up to US$50 million. It has also started the claims process with its property damage and business interruption insurance carriers.

The fire is not expected by the company to affect Tasiast mine’s life of mine production, mineral reserve estimates, or overall value. Production guidance for 2021 however has been impacted, with the company revising 2021 production guidance to 2.1 million gold ounce equivalents, down from the 2.4 million gold ounce equivalent guidance initially released in February by the firm. Throughput expansion has also been delayed, with the company now anticipating 21,000 tonnes per day capacity to be achieved in Q1 2022, rather than by year end.

Kinross Gold Corporation last traded at $8.04 on the TSX.

Information for this briefing was found via Sedar and Kinross Gold Corp. The author has no securities or affiliations related to this organization. Not a recommendation to buy or sell. Always do additional research and consult a professional before purchasing a security. The author holds no licenses. 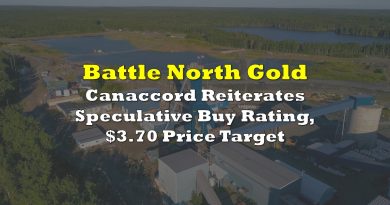 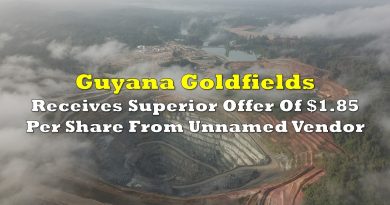 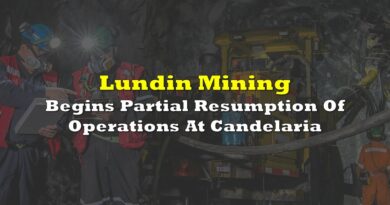