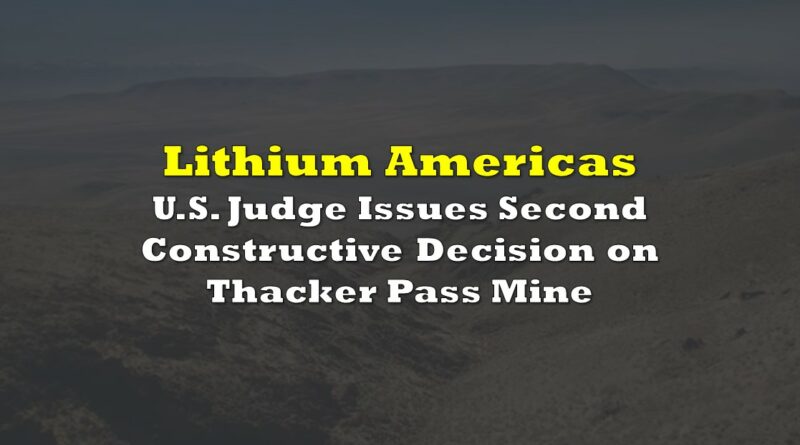 The tribes assert that their ancestors were massacred in the late 1800’s at the prospective mine site and that digging would desecrate an area that contains bones and artifacts. Thacker Pass could become the largest U.S. source of lithium, a key element in most electric vehicle batteries.

Judge Du wrote that she was “not unpersuaded by the tribes’ broader equitable and historical arguments,” but there was no evidence that the U.S. Bureau of Land Management (BLM) acted unreasonably when it approved the project in January 2021. The tribes did not show that digging will cause sufficient “specific irreparable harm.”

In July, Judge Du rejected a similar preliminary injunction request by environment groups to stop Thacker Pass excavation. The environmentalists alleged the digging would destroy the habitat for the sage grouse, an imperiled ground-dwelling bird, and other wildlife.

In her early September ruling, Judge Du reiterated that she pledged to rule on the overall issue of BLM’s approval of Thacker Pass before Lithium Americas begins construction at the site in early 2022. Thacker Pass may produce 60,000 tonnes of battery-grade lithium carbonate per year for 46 years.

According to Benchmark Minerals, lithium carbonate prices have more than doubled since December 2020, reaching US$14,386 per tonne in August, up from US$6,124. This commodity price movement has been a key reason for the ~60% increase in Lithium Americas’ share price over the last month. The market values of the world’s top lithium producers have similarly rocketed higher over the last few weeks.

Lithium Americas’ Cauchari-Olaroz lithium brine project in Argentina remains on track to begin production in mid-2022. Lithium Americas owns 49% of the project in Argentina, and China’s largest lithium company, Ganfeng Lithium, owns the balance, or 51%. The Argentine facility is forecast to produce 40,000 tonnes of battery-grade lithium carbonate annually for 40 years.

As of June 30, 2021, Lithium Americas and Ganfeng have together spent US$471 million, or 73%, of the US$641 million of the budgeted capital expenditures on Cauchari-Olaroz. This compares with cumulative spending of US$426 million and US$388 million as of March 31, 2021 and December 31, 2020, respectively. This rapid pace of quarterly capex spending seems consistent with Lithium Americas’ production commencement target of mid-2022.

It is possible that despite her constructive preliminary injunction decisions, Judge Du could issue a comprehensive ruling in January 2022 that the BLM erred in approving Thacker Pass. If so, Lithium Americas’ stock could suffer.

The constructive legal news on Thacker Pass, plus continued strength in lithium pricing, could allow Lithium Americas’ shares to continue to perform well. Furthermore, if and as investors grow more confident that Cauchari-Olaroz will commence production in mid-2022, the stock could get an additional lift. 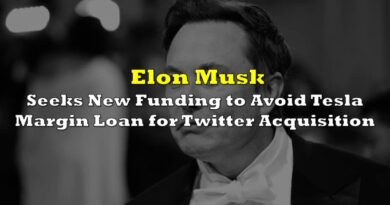 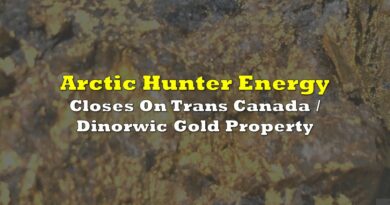 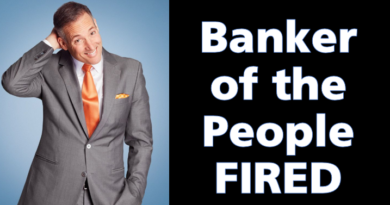