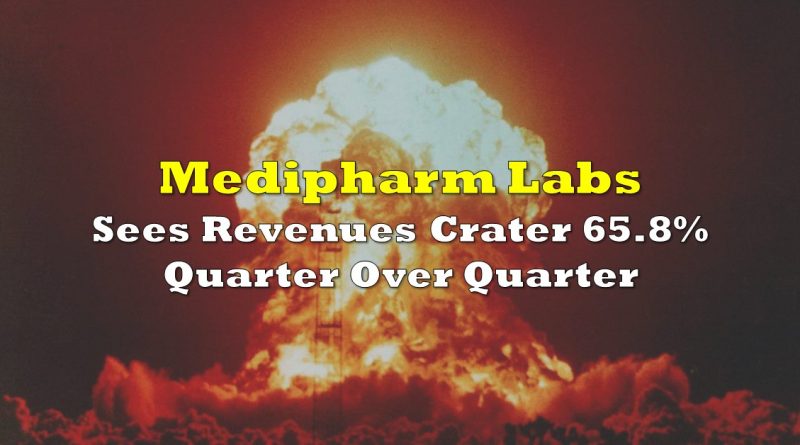 Medipharm Labs (TSX: LABS) has seen its revenues absolutely implode in a single quarter. The company reported its first quarter 2020 financial results this morning, posting revenues of just $11.1 million, a decrease of 65.8% on a quarter over quarter basis from the fourth quarter of 2019. Further, the company posted a negative gross profit of $10.9 million.

The implosion of revenues is significant for the firm, whom has now set a trend of declining revenues for two quarters in a row after having posted a decline of roughly 25% in the previous quarter. The justification for the fall in sales was stated as being due to “a reduction in volume and average selling price of bulk concentrates sold.” In other words, there was no demand and they had to cut rates to generate any revenues at all.

The problem was then pushed even further, with the company writing down $12.8 million – more than quarterly revenues – in inventory due to a reduction in net realizable value. To be fair, the company had previously warned of this over a month ago. Gross profit before the major writedown was stated as being $1.9 million. With the writedown however, it smashed through negative territory, with a negative gross profit of $10.9 million.

Operating expenses for the quarter pushed the overall losses further, with the company posting an operating loss of $21.9 million. This was largely due to administrative expenses of $5.5 million and share based compensationg of $2.8 million. Net loss for the period shook out to a whopping $17.3 million, which was offset due to a taxation expense of +$4.6 million.

Looking towards the balance sheet, the company saw its cash position decrease to $21.4 million from $38.6 million, a figure which does not include a large financing that closed subsequent to quarter end. Receivables fell to $24.8 million from $27.5 million, while inventories fell to $45.1 million from $51.5 million, which now represents roughly a years worth of sales at the current pace. Total current assets were stated to be $93.4 million.

On the other side of the sheet, payables came in at $14.0 million, a decrease from $20.9 million in the prior quarter, while loans and borrowings grew to $9.7 million from $1.8 million. Total current liabilities decreased overall to $25.1 million from $28.8 million.

Finally, in regards to the fall from grace in revenue generation, the company threw whatever would stick as justification for the poor quarterly performance, stating, “the limitations of a single regulated market, with limited distribution and slow finished product roll-out, resulted in a decrease in demand for those bulk concentrates beginning in Q4 2019 and continuing to today.”

Medipharm Labs last traded at $1.70 on the TSX

Information for this briefing was found via Sedar and MediPharm Labs. The author has no securities or affiliations related to this organization. Not a recommendation to buy or sell. Always do additional research and consult a professional before purchasing a security. The author holds no licenses. 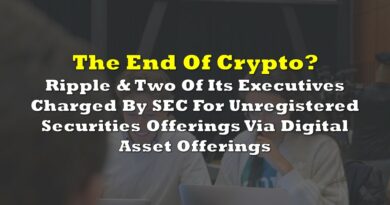 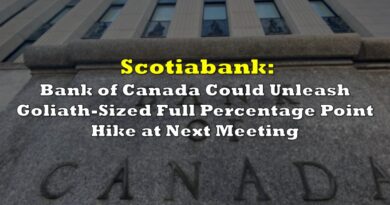 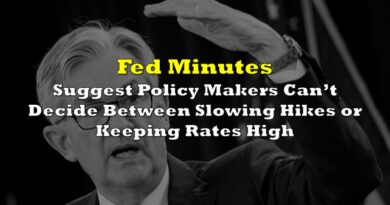