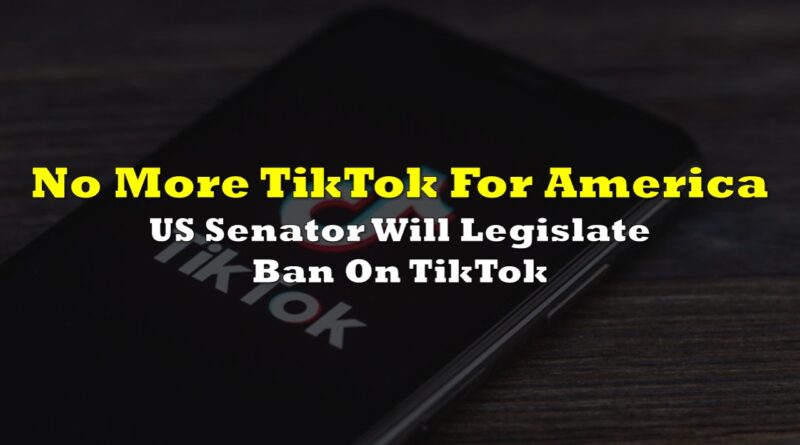 The United States might soon be saying goodbye to TikTok, the popular Chinese-owned video-streaming app that gained massive popularity during the pandemic.

According to a statement released Tuesday, Republican Sen. Josh Hawley will introduce legislation to ban TikTok in the whole country. Noting on a tweet, Hawley said that the app is “China’s backdoor into Americans’ lives.”

“It threatens our children’s privacy as well as their mental health,” he added.

The pronouncement is seen to have a high probability of gaining ground as Hawley is also the sponsor of the bill that banned the social media app from federal devices and was approved by Congress last month.

Hawley spearheaded this effort via the No TikTok On Government Devices Act, which was included as a provision in a $1.7 trillion government spending bill approved late last month and prohibits TikTok from being downloaded or accessed via any federally issued device or network.

READ: House of Representatives Bans TikTok On All Official Devices

TikTok has been banned from government devices in 31 states, with five states (Hawaii, New York, California, Massachusetts, and Vermont) proposing bans and five others (Louisiana, Florida, West Virginia, and Pennsylvania) issuing bans in specific government agencies. Other federal agencies, including the Departments of Homeland Security and Defense, have also banned the app.

Brendan Carr, one of the five commissioners at the Federal Communications Commission, is also calling on the US government to ban TikTok on the basis of national security.

“There simply isn’t a world in which you could come up with sufficient protection on the data that you could have sufficient confidence that it’s not finding its way back into the hands of the [Chinese Communist Party],” Carr said.

The University System of Georgia’s chancellor, Sonny Perdue, sent a memo to the system’s 26 colleges in December prohibiting students from using TikTok on school-issued devices, though students can still use the app on personal devices.

The University of Wisconsin System also just announced on Tuesday that it will prohibit the use of TikTok on system devices. This follows the statewide ban imposed earlier on state phones and other devices.

READ: Universities Are Now Banning TikTok from their Devices and Networks

The mounting bans on TikTok follow the growing concern about the app’s surveillance capabilities and actions on its users. A press release issued by the Commerce Department in 2020 claimed that the app and parent firm ByteDance posed a threat to “national security, foreign policy, and the economy of the United States.”

Late in December 2022, ByteDance confirmed that it utilized TikTok to track journalists’ whereabouts using their IP addresses. The Chinese tech firm conducted an internal investigation and discovered that employees tracked multiple journalists covering the company, improperly gaining access to their location and user data in an attempt to determine whether they had been in the same locations as ByteDance employees.

General counsel Erich Andersen wrote to TikTok staff that a “misguided plan was developed and carried out by a few individuals within the Internal Audit department this past summer,” adding that those involved “misused their authority to obtain access to TikTok user data” in violation of its code of conduct.

The inquiry, dubbed Project Raven internally, began this summer when BuzzFeed News published a piece exposing that ByteDance workers in China had routinely accessed U.S. customer data, based on more than 80 hours of audio recordings of internal TikTok meetings.

While the United States aim to impose wide-reaching bans on the app, Canadians are also warned to be wary of apps that could leave their data in the “wrong hands”. Sami Khoury, head of the Canadian Centre for Cyber Security, said users should be aware of what they’re agreeing to when they download an app and should ask whether it allows access to their personal data.

TikTok’s spokesperson stated that the company is willing to meet with the Canadian government.

“We continue to have a constructive relationship with the Canadian government, and engage across departments to demonstrate how we protect the security and privacy of Canadian users, and to respond to any questions that officials may have,” said the spokesperson.

ByteDance continues to insist that the Chinese Communist Party has no control over ByteDance, that it has never given Canadian user data to the Chinese government, and that it would not do so if asked.

Information for this briefing was found via Forbes, CBC, and the sources mentioned. The author has no securities or affiliations related to this organization. Not a recommendation to buy or sell. Always do additional research and consult a professional before purchasing a security. The author holds no licenses. 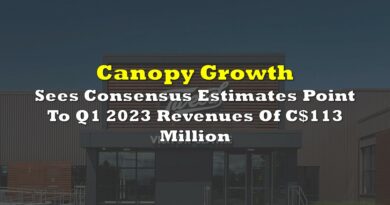 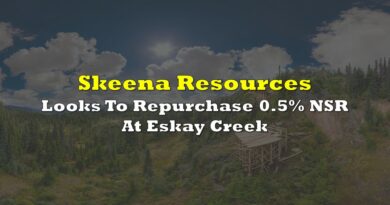 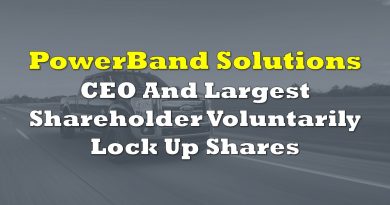