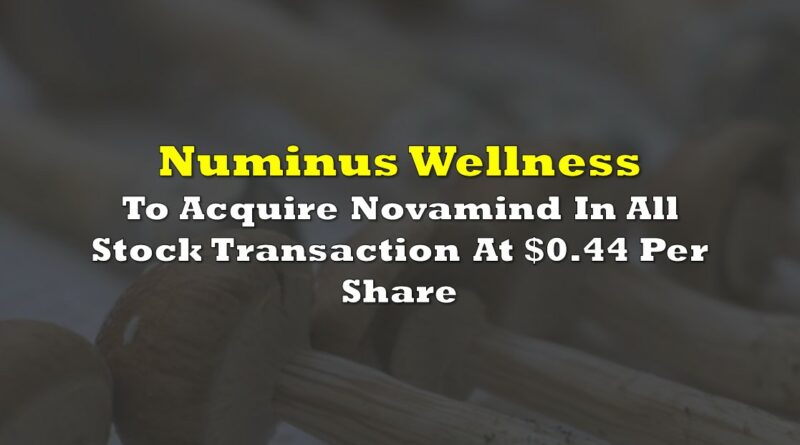 Consolidation within the psychedelics space is getting underway, with the announcement this morning that Numinus Wellness (TSX: NUMI) will be acquiring Novamind Inc (CSE: NM) in an all-stock transaction. The proposed transaction is being pushed as a means of creating a “North American leader in psychedelic therapy and research.”

The proposed transaction is expected to result in Numinus having operations consisting of thirteen wellness clinics, four research facilities, and a bioanalytical lab, with the firm to have clinical trials underway for LSD, ketamine, MDMA, and psilocybin. The firm has referred to the pro-forma offerings as a “comprehensive clinical research offering,” based on Novamind’s DEA Schedule 1 licenses for research and Numinus’ own Health Canada licenses.

From a financial perspective, the combined entity is expected to have annual revenues of roughly $10.0 million on a pro-forma basis, while the combination is expected to result in synergies of roughly $3.0 million per year. Gross margins are estimated to be roughly 37.9% on a post-transaction basis. The path to profitability is also said to be shortened, although no specifics are provided.

The transaction will see total consideration for Novamind to consist of $26.2 million on a fully diluted basis. Shareholders of Novamind are to receive 0.84 of a Numinus share for each share held, equivalent to a price per share of $0.44, which is a 51% premium to the 20-day volume weighted average price of the company.

While the premium is rather significant, it should be noted that the sales price represents a major loss to the majority of shareholders. Novamind debuted on the public markets last January, opening at a price of $1.50 per share. It didn’t sink below the $0.44 mark until well over a year later in January 22, after which it continued to fall as low as $0.18.

What’s more, as recently as January the company raised funds, at the time selling $5.0 million worth of stock at a price of $0.40 per unit to an institutional investor.

Numinus Wellness last traded at $0.53 on the TSX.

Information for this briefing was found via Numinus Wellness. The author has no securities or affiliations related to this organization. Not a recommendation to buy or sell. Always do additional research and consult a professional before purchasing a security. The author holds no licenses. 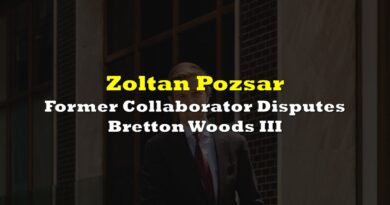 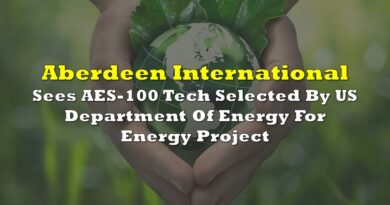 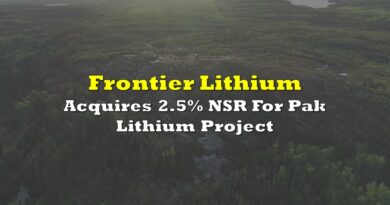