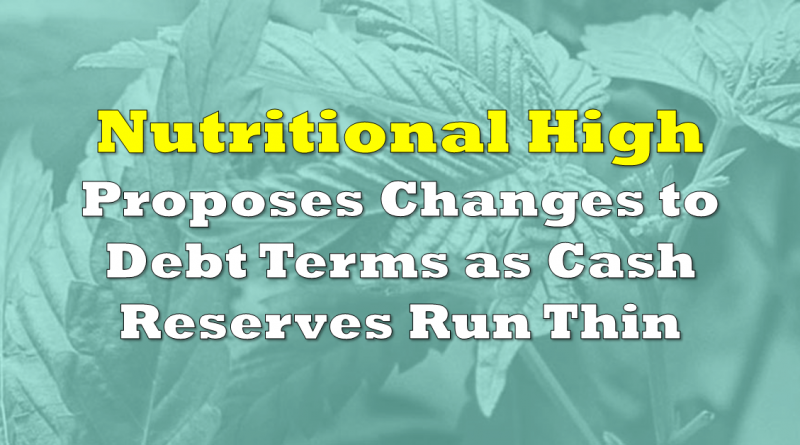 Nutritional High International (CSE: EAT) is looking to reduce its convertible debenture debt load as its cash reserves begin to run thin. The firm this morning filed documents for a special meeting of debenture holders, wherein the firm proposed to reduce the conversion price of its March 15, 2021 debentures in exchange for the ability to pay interest in the form of common shares at the company’s discretion.

The proposed change to the indenture will see the conversion price for the convertible debt be reduced from $0.60 per share to that of $0.15 per share. The debt was originally issued March 15, 2018, with the deal raising $8.0 million for Nutritional High at the time. With a conversion price of $0.60, the firm has seen almost no debt converted to equity – $7.89 million remains outstanding on which the firm has to pay interest on semi-annually.

Should it be approved, the semi-annual interesting payments, if in the form of common shares, will be at the volume weighted average price of Nutritional High over the previous 20 trading days, five days prior to the date of issuance.

The special meeting of debenture holders is slated to occur December 30, with the motion to change the debenture terms requiring 66.7% approval among all debt holders.

As of the latest financials, Nutritional High had $1.4 million in cash reserves as of July 31, 2019. The firm subsequently conducted a financing for an additional $1.8 million.

Nutritional High last traded at $0.075 on the CSE.

Information for this briefing was found via Sedar and Nutritional High. The author has no securities or affiliations related to this organization. Not a recommendation to buy or sell. Always do additional research and consult a professional before purchasing a security. The author holds no licenses. 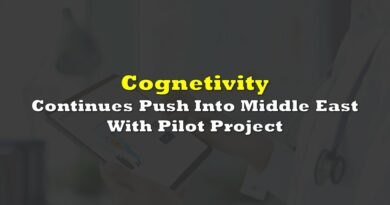 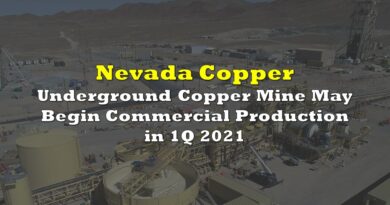