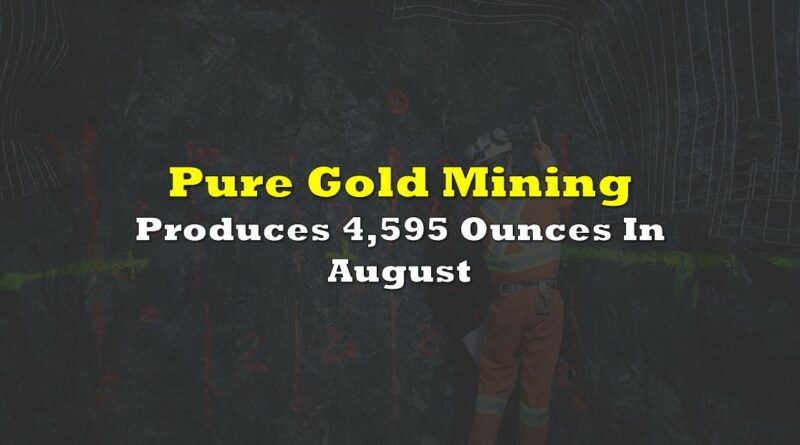 Pure Gold Mining (TSXV: PGM) this morning posted its production figures for the month of August, while at the same time reaffirming guidance for the third quarter. The firm also provided further details on its production outlook.

For the month of August, Pure Gold managed to produce 4,595 ounces of gold for the month, after processing 25,188 tonnes. Both figures are said to mark new monthly records for the mine, which is attributed to improved planning processes, mining execution, and increase mill activity. Head grades meanwhile improved from 3.1 g/t gold in July to that of 4.9 g/t gold in August.

Average ore throughput for the third quarter thus far has been pegged at 794 tpd. The company currently intends to further increase this to an average of 1,000 tpd.

For the third quarter as a whole, the company has guided that average head grades will come in between 4.0 and 5.0 g/t gold, with average ore throughput of between 775 and 875 tpd.

This guidance however says nothing of expected costing, which Pure Gold has become notorious for excluding. This morning, the company began the process of breaking that trend by indicating that site level operating and sustaining capital costs will be between $9.5 and $10.5 million per month for the third quarter.

The company intends to bring this costing down eventually via the installation of key infrastructure while removing rentals and contractors and replacing with permanent solutions. Costs are not expected to come down materially until early 2023, when the firm expects to reduce monthly expenses by roughly $1.0 million per month.

The firms balance sheet meanwhile is said to consist of just $6.0 million in cash – which doesn’t cover a single month’s expenses – and is said to have remained largely unchanged over the last month.

Pure Gold Mining last traded at $0.12 on the TSX Venture. 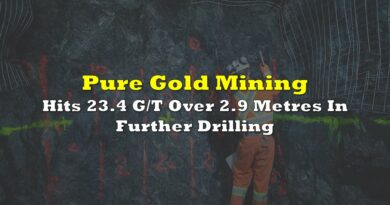 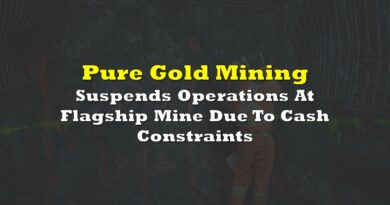