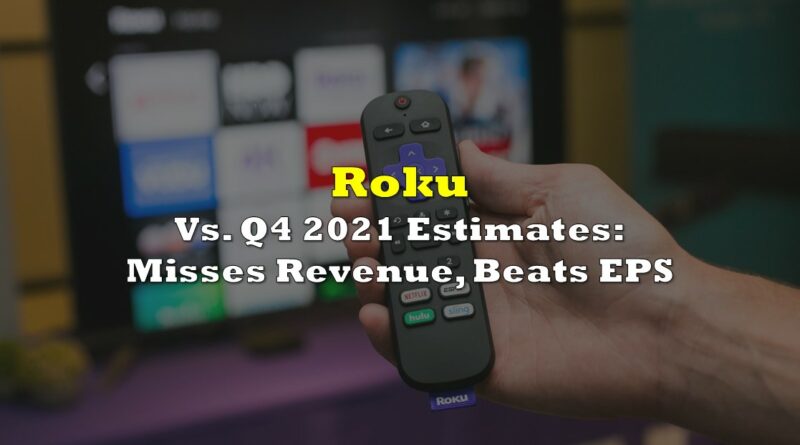 However, this missed the consensus estimate of US$892.3 million for the quarter. In contrast, the firm beat the estimate for active accounts, holding 60.1 million accounts at the end of the quarter versus the estimated 59.5 million. This is also an increase from last quarter’s 56.4 million and last year’s 51.2 million.

This led the company to record a lower net income for the quarter at US$23.7 million compared to last year’s US$67.3 million. The quarterly net income, however, translates to US$0.17 earnings per diluted share–beating the estimate of US$0.06 earnings per share.

The company also released its guidance for Q1 2022, toplined by a quarterly revenue estimate of US$720 million. It also expects to record a net loss of US$30 million and an adjusted EBITDA of US$55 million.

Following the firm’s release of its financials, Roku shares have gone down as much as 26.8% pre-market. Its website has also been temporarily down but is now accessible.

The financial results have been met with mixed reactions, particularly on the contrast of missing revenue and guidance estimates but beating EPS and active accounts estimates.

The streaming platform is also reportedly planning to manufacture its own television sets. According to a Business Insider source, the company has hosted a focus group showing “different models, feature sets and names, sizes, price points” of TVs. Currently, the firm provides its operating system to television manufacturers and sells these under the Roku brand. 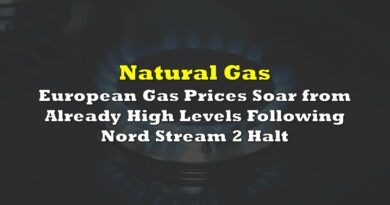 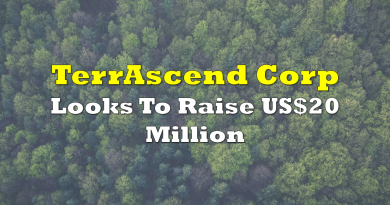 TerrAscend Looks To Raise US$20 Million 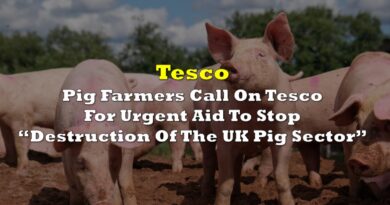