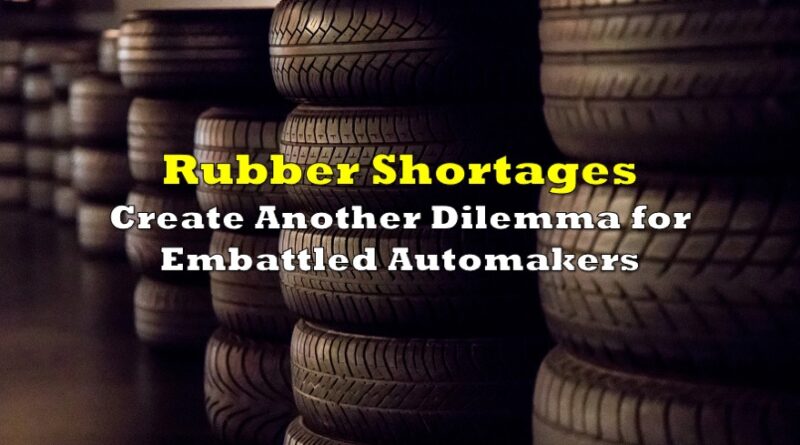 Automakers have recently been forced to shut down assembly plants amid a widespread global semiconductor shortage, which does not appear to be alleviated anytime soon. Now, however, it appears the situation may soon take a turn for the worse, as automakers are dealt another supply chain blow: declining rubber supplies.

As Bloomberg reports, a number of industries and manufacturers reliant on natural rubber are expected to face added headaches, as disrupted shipping lines and a disastrous leaf disease are threatening to create further shortages. The global supply of natural rubber, an important material used in tires as well as engine components, has been declining, and its price has been rising, sending some manufacturers scrambling to secure shipments before further market shortages gain traction.

Natural rubber is produced using the white sap of trees that traditionally grow in humid and warm regions, such as Vietnam and Thailand. Although synthetic rubber is ideal for certain applications, the natural version is preferred for the production of goods such as gloves and medical supplies— both of which have been in high demand amid the pandemic. Natural rubber is also a vital material in tires and anti-vibration parts in vehicle motors, and as a result is in even higher demand by the auto industry.

Thailand, which is the largest rubber producer and exporter in the world, faced mounting problems even before the pandemic. The country persistently struggled with low prices for a number of years, which have disincentivized farmers from planting more trees. The supply of natural rubber has also been depleting due to climate-related setbacks, such as floods, droughts, and leaf disease.

The growing constraints in the global supply of rubber became evident in the US in the second half of 2020, when China, the largest consumer of natural rubber, took advantage of declining prices and its rapid economic recovery to create stockpiles. According to data compiled by the Association of Natural Rubber Producing Countries, China’s rubber-buying binge in 2020 was on par with previous years’ levels, even as pandemic-related supply disruptions caused America’s rubber imports to fall by 16%.

As a result, the price of rubber has been on the rise as of recent. According to Bloomberg, natural rubber prices rose to about $2 per Kg in February, the highest in four years. Although carmakers including Ford and General Motors have noted they have yet to feel the direct impacts of the developing rubber shortage, they have been monitoring the situation closely.

Albeit the supply disruptions of natural rubber are likely in the early stages, some companies have decided to take a proactive approach. Michelin, one of the largest tire producers in the world, has decided to avoid the increasing congestion at ports, and instead opted to use air freight shipments straight from Asia. Indeed, China’s recent surge in rubber purchases and Michelin’s direct shipments puts the US and its auto manufacturers at a disadvantage, especially since the country does not have a national stockpile to act as a safety net.

Information for this briefing was found via the Association of Natural Rubber Producing Countries and Bloomberg. Thee author has no securities or affiliations related to this organization. Not a recommendation to buy or sell. Always do additional research and consult a professional before purchasing a security. The author holds no licenses. 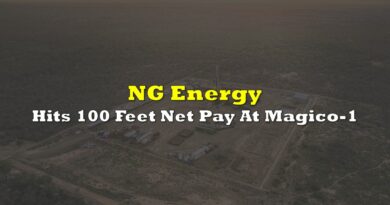 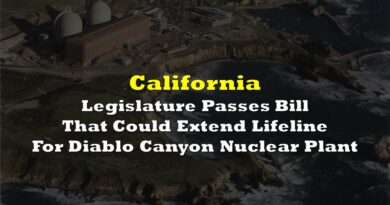 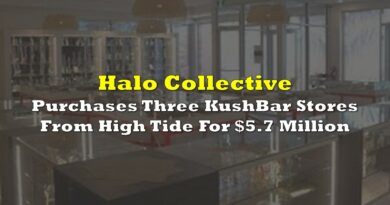