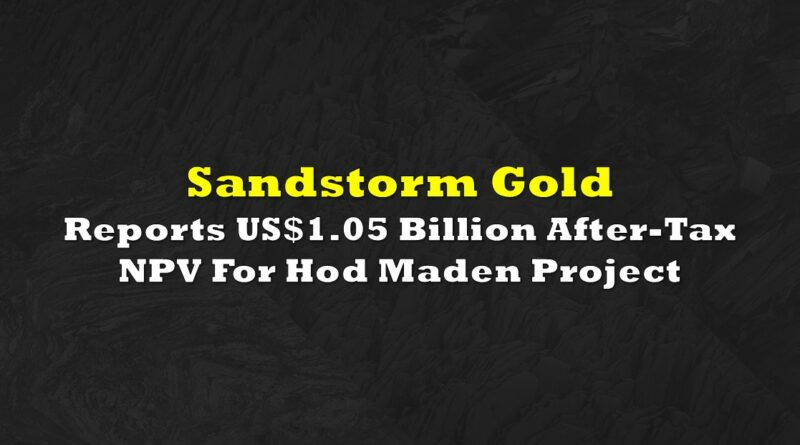 Sandstorm Gold Ltd. (TSX: SSL) shared this morning the results of its feasibility study for the Hod Maden project located in Artvin province, Turkey, in which the firm holds 30% interest in the mine. The results highlighted US$1.05 billion after-tax NPV5%.

The mill is designed to have a capacity of 800,000 tonnes annually with an expected life of mine of 13 years. After-tax IRR is expected to be at 36.0% and the payback period is expected to be after 2.0 years from the start of the production.

The property is estimated to have an annual average production of 156,000 gold ounces and 19.6 million copper pounds at an average head grade of 8.8 g/t gold and 1.5% copper. Recovery rates are expected to be 85% and 93% for gold and copper, respectively.

All-in sustaining costs for gold with copper as a by-product credit are estimated to be US$334 per ounce. The report used base case prices of US$1,599 per gold ounce and US$3.19 per copper pound.

On capital costs, the property’s initial spending came to US$309 million, and sustaining capital spending is expected to be US$124 million while closing costs are anticipated to be US$16 million.

The mining firm said that its mine operator has applied for a forestry permit and production is expected to start in the second half of 2024.

Sandstorm Gold last traded at $8.06 on the TSX. 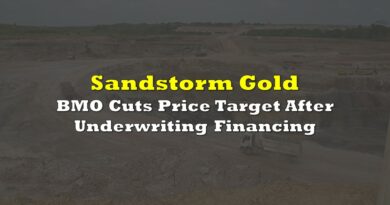 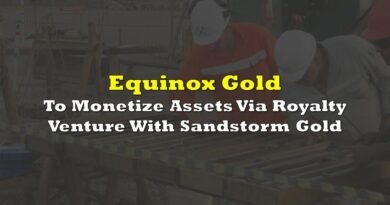 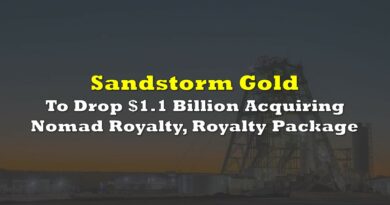