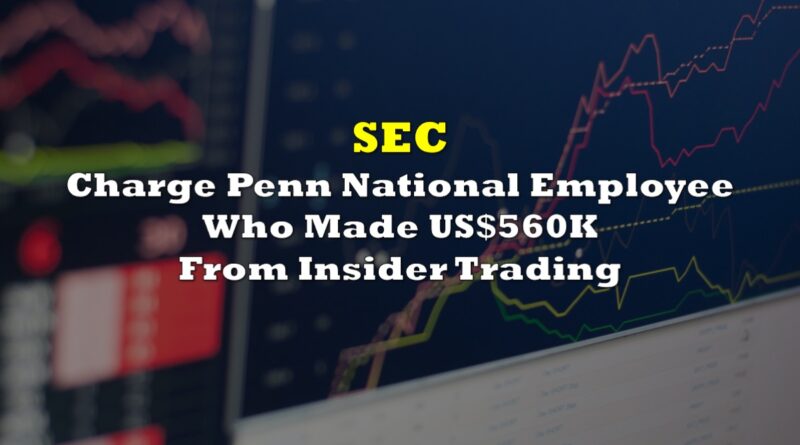 A software engineer on Monday was charged with insider trading on a public company’s stock by the US Securities and Exchange Commission. He made US$560,762 in unlawful profits for selling holdings based on non-public information.

David Roda, was employed at Penn National’s Penn Interactive subsidiary as director of back-end architecture. He was one of the employees assigned to conduct due diligence when Penn National began discussions for the acquisition of Score Media & Gaming.

In the SEC’s complaint, which was filed in federal district court in Philadelphia, it is alleged that he used the confidential information about the acquisition of Score Media. In the weeks leading to the acquisition, Roda purchased 500 out-of-the-money call options. He also tipped off his longtime friend, Andrew Larkin, who then bought 375 Score Media shares.

Score Media’s stock price rose by almost 80% after the acquisition was publicly announced, allowing Roda and Larkin to sell their holdings for a profit. Roda made S$560,762, while Larkin made US$5,602.

“As we allege in our complaint, Roda was entrusted by his employer with critical, market-moving information, and he betrayed that trust by using the information to trade and also tip his friend so they could both profit,” said Scott A. Thompson, Co-Acting Regional Director of the SEC’s Philadelphia Regional Office. “When employees like Roda misappropriate and trade on confidential information, it erodes market confidence. The SEC remains committed to finding, investigating, and charging those who engage in insider trading.”

Roda and Larkin have been charged with violating the antifraud provisions of the securities laws. According to The Philadelphia Inquirer, Larkin “has settled the SEC’s civil charges, pending court approval, and doesn’t face criminal charges.”

The US Attorney’s Office for the Eastern District of Pennsylvania has also announced criminal charges against Roda in a parallel action.

Penn National, in a statement given to The Philadelphia Inquirer, said: ”The company took this matter very seriously and cooperated fully with the government investigations that led to the charges announced yesterday against this former employee. We maintain comprehensive policies and procedures and provide extensive training to help prevent trading on material nonpublic information.”

In April, they posted a job ad for Roda’s position.

Information for this briefing was found via the US Securities and Exchange Commission, the US Department of Justice, The Philadelphia Inquirer and the sources mentioned. The author has no securities or affiliations related to the organizations discussed. Not a recommendation to buy or sell. Always do additional research and consult a professional before purchasing a security. The author holds no licenses. 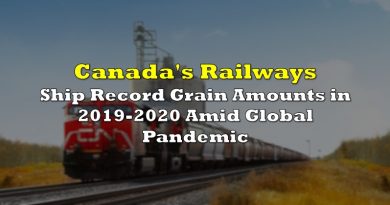 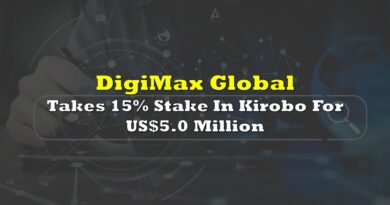