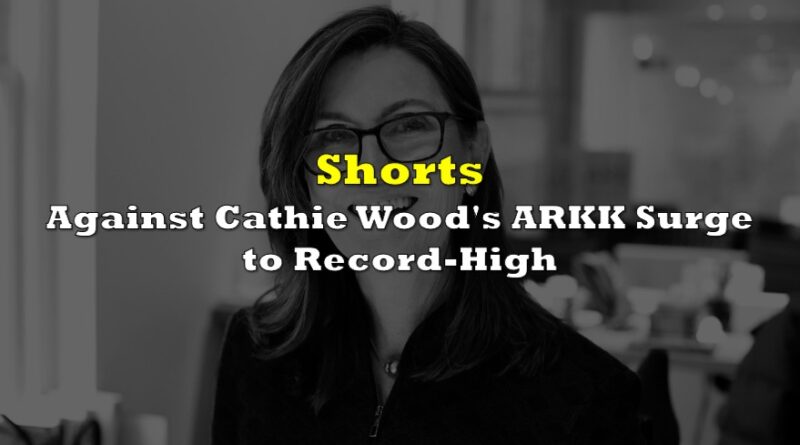 Following what has been a strong performance for Cathie Wood’s Ark Innovation (NYSE: ARKK) fund all throughout 2021, an increased number of short-sellers are beginning to cast doubts on the future of the tech-based fund’s strategy.

According to the Financial Times, which cited data from S3 Partners, a record total of 12% of ARKK ETF shares are being shorted, as bets against the flagship fund rose from $40 million a year ago to a whooping $2.7 billion at the beginning of August. Wood’s fund is best known for its daring bets on growth in the tech sector, particularly for its optimistic prospects on Tesla and bitcoin.

The ARKK fund’s returns in 2020 rose by almost 150%, making Wood, and her bold strategies, the top darling of financial markets. Wood’s success continued into the beginning of 2021, causing short sellers to take down a combined $38 million in mark-to-market losses between January and June. However, the ARKK reported a net outflow of $944 million in July, marking the largest monthly outflow for the year, as major holdings including Tesla, Roku, Teladoc and Shopify declined by a combined 8.2%.

“Some investors believe there is no further upside in the tech sector as it is expensive, may be in bubble territory and other parts of the US economy are likely to do better as the world reopens,” explained consultancy firm ETFGi founder Debbie Fuhr. As a result, short sellers’ loses soon reversed, and ARKK shorts are now up 7.8% or $137 million since the beginning of 2021.

In fact, the doubts on the ARKK have strengthened so much, that a prospectus has filed to create a new ETF that would track the reverse activity of Wood’s fund. According to SEC filings seen by the Financial Times, ETF provider Tuttle Capital Management has submitted plans to create a new ETF, ironically dubbed SARK, that would short Wood’s ARKK. If approved, the fund would bet against all of Wood’s holdings. 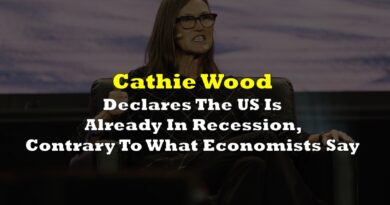 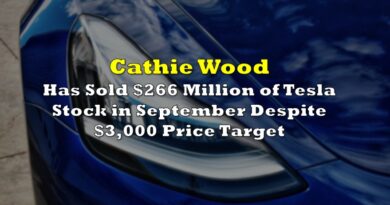 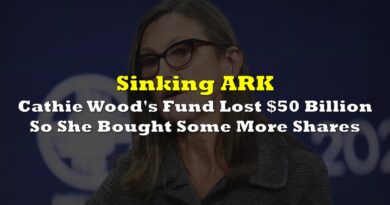