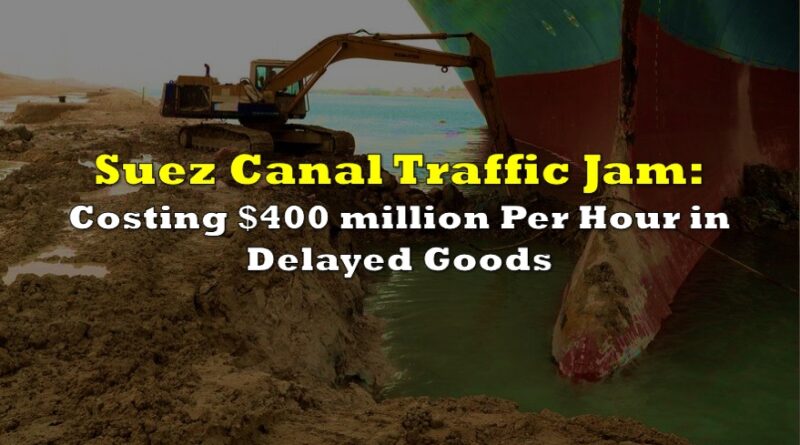 Costs of the Suez Canal blockage are rapidly rising, as the wedged container ship continues to hold up millions of dollars in goods each hour, forcing some logistics companies to reroute cargos through longer routes, causing major delays.

The beached mega-container vessel, Ever Given, is creating a tremendous burden on already-strained global supply chains. According to shipping data company Lloyd’s List, the Suez Canal blockage is currently delaying an estimated $400 million per hour in trade, based on the estimated value of goods that are transported through the crucial waterway. With the canal’s daily eastbound traffic valued at $4.5 billion, and westbound traffic valued at $5.1 billion a day, the delays to normal cargo flow are becoming very significant.

The Suez Canal is one of the most active trade routes in the world, as approximately 12% of all global trade is shipped through it. Energy exports such as crude oil and natural gas account for 5% to 10% of the global shipments, while the remainder of the traffic is predominantly consumer products such as furniture, clothing, and vehicle parts.

The ship, which has been lodged since Tuesday, will force shipping costs to significantly increase if vessels need to be diverted around the horn of Africa, adding approximately an additional seven to nine days onto their trip. According to BIMCO, which is one of the biggest international shipowner representation associations, the ongoing bottleneck is expected to only get more congested, and impact a wider range of global supplies.

Not only is the stranded ship idling countless consumer items, but also delaying empty shipping containers, which are vital for Chinese exports. Chinese exporters already suffer from an ongoing container scarcity, so with Ever Given currently holding up thousands of loaded containers, factories are struggling to source empty containers and space for their goods. Moreover, consumers in the US are likely to add further strain to the global demand for goods, especially amid the timing of the $1,400 stimulus checks.

Information for this briefing was found via Lloyd’s List and BIMCO. The author has no securities or affiliations related to this organization. Not a recommendation to buy or sell. Always do additional research and consult a professional before purchasing a security. The author holds no licenses. 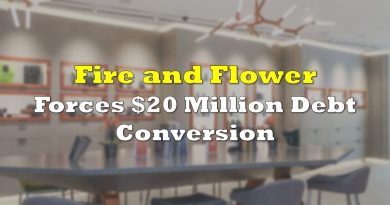 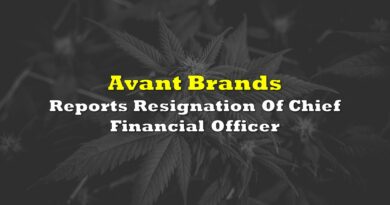 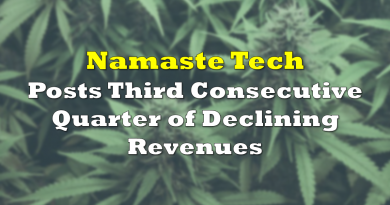