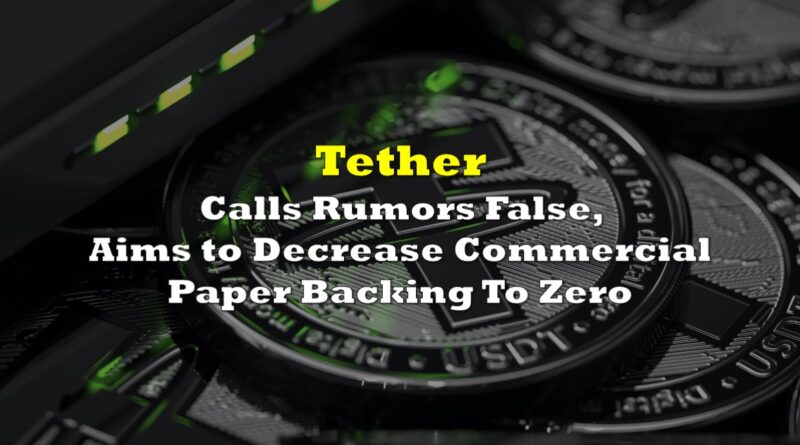 In a statement released on Wednesday morning, Tether called rumors about its commercial paper backing “completely false,” and said these stories were spread around to “induce further panic in order to generate additional profits from an already stressed market.”

The rumors allege that Tether’s commercial paper portfolio is 85% backed by unsecured, short-term debt issued by companies,  and that it traded at a 30% discount. The stablecoin firm linked to its most recent assurance opinion that showed that commercial paper makes up less than 25% of its USDT or its currency’s backing, and that 47% of total USDT reserves are US Treasuries.

Tether firm also said that its current portfolio of commercial paper has been reduced from US$20 billion at the end of Q1 2022 to US$11 billion, and will be around US$8.4 billion by the end of June. They are targeting to gradually decrease their commercial paper backing to zero, but did not give a time period for this goal.

The statement also addressed the recent Celsius crisis and said that their position has been “liquidated with no losses to Tether,” save for “a small investment made out of Tether equity in the company.”

Tether also denied that it has lending exposure to Three Arrows Capital, which is currently facing a potential insolvency.

Crypto traders and analysts, meanwhile, are keeping watch and bracing themselves for the possibility of Tether joining what’s now called the crypto bloodbath. 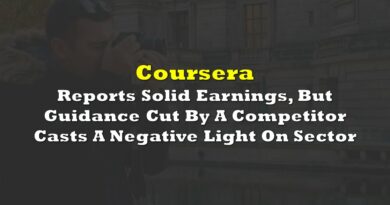 Coursera Reports Solid Earnings, But Guidance Cut By A Competitor Casts A Negative Light On Sector 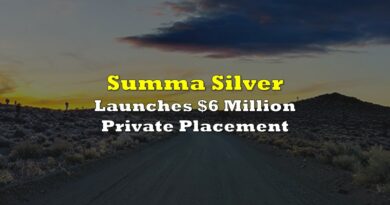 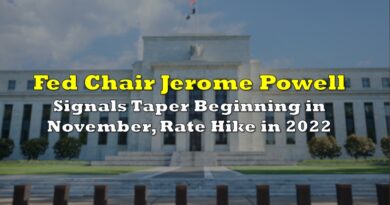