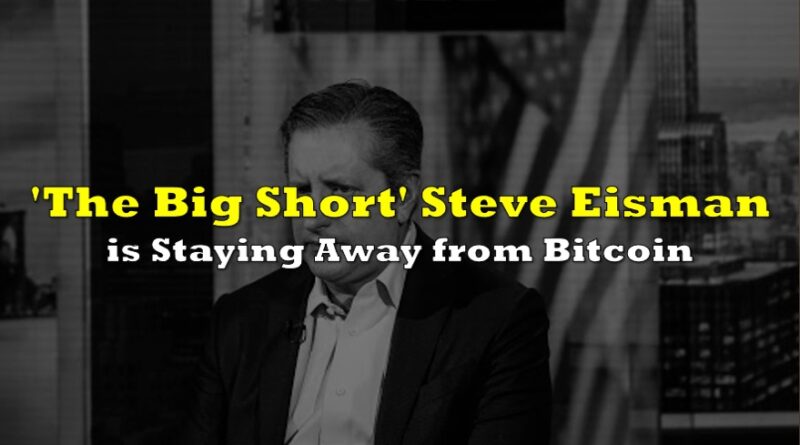 Tech stocks and cryptocurrencies have been at the spotlight of stock markets throughout the pandemic, many of which have been subject to astronomical price increases despite historical economic contractions. Most notably, Tesla and Bitcoin have seen a surge in price rallies in 2020, reaching new highs that surpassed many analysts’ expectations. The sudden rise to fame for the two equities has also caught the attention of notable investors, some of which are erring on the side of skepticism.

Recall, ‘The Big Short’ Michael Burry — who is best known for accurately predicting the 2008 financial crisis and subsequently making millions for his clients, revealed back in December 2020 he was shorting Tesla. As of recent, he noted that his Tesla short is getting “bigger and better,” and maintains that Tesla is merely a bubble waiting to collapse.

In the meantime, distinguished investor Steve Eisman, who, along with Michael Burry, profited greatly from the subprime mortgage crisis, recently expressed his pessimistic opinion on the other highly erratic trading vehicle, Bitcoin. Eisman, who also served as the inspiration behind Steve Carrell’s character in the film adaption ‘The Big Short,’ told Bloomberg Television on Friday that he is staying away from the volatile cryptocurrency. “I stay out of it. I don’t understand it,” he revealed.

Bitcoin’s value recently slid nearly 12% in the past week, following several inconvenient revelations. On Tuesday during Joe Biden’s inauguration, treasury secretary nominee Janet Yellen suggested that lawmakers should “curtail” and regulate the use of Bitcoin, after alleging that the cryptocurrency is being used for illicit activities. Then, a BitMEX Research report— which was later debunked— suggested that the highly feared flaw of ‘double spend’ may have occurred.

Despite growing fears that the new administration may crack down on the use of cryptocurrency, Eisman noted that he does not expect the new president to make such a move anytime soon. Nonetheless, according to Eisman, investors that buy into Bitcoin are merely speculating. “My personal opinion is they’re buying or selling something that’s impossible to value,” Eisman explained. “It’s one thing to talk about what’s the U.S. dollar-yen valuation; when you’re talking about bitcoin, I think it’s more like talking about how many angels dance on the head of a pin. I don’t know how to answer the question,” he continued. 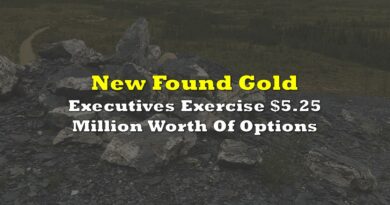 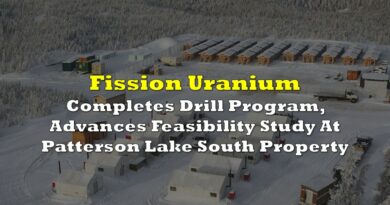 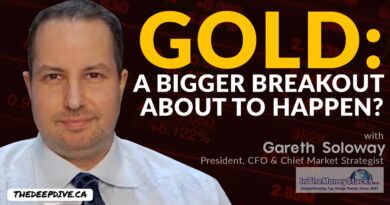 Gold: Is A Breakout About To Happen? – The Daily Dive