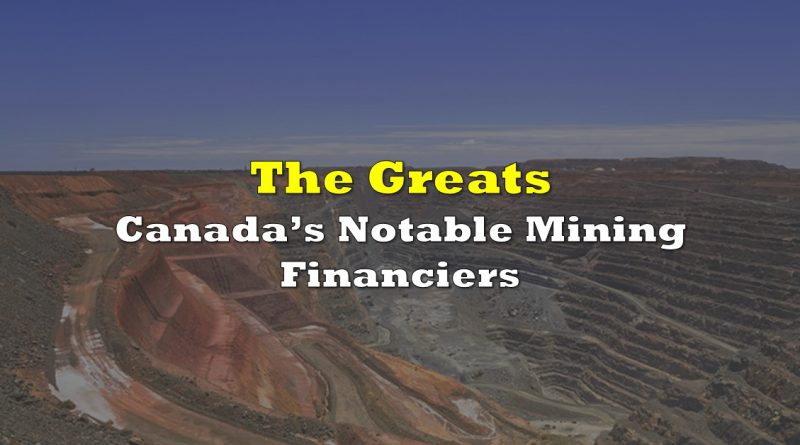 Mining exploration, besides being a high-risk, high-reward endeavour, is a very capital intensive business. It can take many millions of dollars to take an exploration project from grassroots to an operating mine. Most exploration projects do not turn into mines, for a wide variety of reasons. However, it still takes a lot of money to find out whether or not there will be a positive outcome.

Financing mine exploration requires investors who are not overly risk averse. Banks, by definition, have a low tolerance for risk. As such they often will only fund mining projects once they reach the economic feasibility stage, after many of the obvious risks have been mitigated.

Toronto, and Canada in general, has developed a reputation as being the mining finance capital of the world. This stature depends very much on well-established, sophisticated mechanisms that have evolved over many decades to enable high-risk mineral exploration.

Government policies, tax initiatives, and stock exchanges all work in concert to maintain a functioning exploration industry. Canadians have historically tended to be conservative investors. It therefore took some exceptional people with a high tolerance for risk to develop the world’s best mining finance infrastructure.

Over the past 30 years, investors such as Ned Goodman, Eric Sprott, Robert Friedland, Peter Brown, Pat Sheridan, and Murray Pezim were all very influential. They brought attention to, and helped develop Canada’s mining industry into an international powerhouse. These people understood risk, how best to manage it, and what it takes to bring a project to fruition.

They took chances that many were afraid of taking on – and parlayed that risk into the creation of very successful companies and extremely significant personal wealth. Along the way they developed a formula for funding mining ventures that is the envy of the world.

For the sake of simplicity, if an exploration project is to have a reasonable chance to succeed it needs a promising project, qualified geologists and other professionals and a welcoming mining-friendly jurisdiction with strong resource laws and processes. The capital behind the venture, though, is always all important.

Montreal-born Ned Goodman received a Bachelor of Science degree in geology from McGill University in 1960. After graduation he went to work for Noranda, a major Canadian mining company – and was fired by them that same year. In 1962 he received an MBA from the University of Toronto.

After receiving a Chartered Financial Analyst (CFA) designation in 1967, Goodman and his partner, Austin Beutel, formed Beutel Goodman, a private wealth management company. This was visionary, as this was long before mutual funds and wealth management companies became commonplace. Goodman and partner, Seymour Schulich (later of Franco-Nevada and philanthropy fame) were very good at picking out winners.

Goodman used his knowledge of mining to spot interesting investment opportunities and did very well on companies such as Kinross, Breakwater, and International Corona (Hemlo). As the successes grew, he formed a series of financial services companies that eventually morphed into Dundee Capital, which had a major focus in mining.

Dundee became a major source of capital for early stage exploration companies. Mr. Goodman became a major force in Canada’s mining industry, served on many company Boards, and in 2012 was inducted into the Canadian Mining Hall of fame.

Eric Sprott, a self-avowed gold bug, began his career working at Merrill Lynch as a research analyst before becoming a Fund Manager. Sprott formed the eponymous Sprott Securities, now called Cormark Securities, in 1981, with a focus on small and mid-cap precious metals companies.

Using a disciplined risk-management approach and careful research, Sprott became a go-to investor for exploration companies seeking capital. Over the years, Sprott was wildly successful, served on many Boards, and formed a number of asset management companies also bearing the Sprott name.

In recognition of his achievements and contributions to Canada’s mining industry, Mr. Sprott was named to the Order of Canada in 2013. His company is still a very active mining financier – and as we all know, Eric Sprott is a huge supporter of a lot of the winners now emerging on the surging exploration scene.

Peter Brown is often credited with transforming the Vancouver Stock Exchange, now TSX-V, into Canada’s major junior mining Exchange. He was born in Montreal, educated at University of British Columbia, and went to work in corporate finance at Greenshields, one of Canada’s oldest and venerable brokerages. At the time, Toronto, and to a lesser extent Montreal, was the hub of Canada’s brokerage industry.

Mr. Brown loved Vancouver and in 1968 requested a transfer to Greenshields’ Vancouver office. There he met the owner of a small local brokerage firm, who then asked him to join and run it. That firm became Canarim, an aggressive firm that hired adventurous local people who fully bought into the entrepreneurial culture Mr. Brown was creating. At that time the brokerage business was stuffy and conservative, but Canarim was brash, exciting,  and didn’t mind taking risks.

Canarim’s primary focus was the resource sector. Under Mr. Brown’s leadership, Canarim financed many high-risk junior exploration companies at a time when most brokerages were just too conservative to make those investments. Canarim, later renamed Canaccord Securities, enjoyed tremendous success as a result of its business model, eventually becoming Canada’s largest independent brokerage, with offices in 10 countries.

Canaccord essentially turned Vancouver into a mining finance hub and it is still a major source of capital for exploration companies.

Although Robert Friedland was born in Chicago, Illinois, he spent much of the 1980s working out of Vancouver. Here he specialized in funding mining, energy and technology opportunities through his family-owned company, Ivanhoe Capital Corporation. Ivanhoe was, and is still is, engaged in funding mining exploration around the globe.

Mr. Friedland is a dual citizen of Canada and the US. In the early 1970s, well before he became a force in mining, Mr. Friendland became friends with Steve Jobs. In fact, they met while working in an apple orchard in Oregon owned by Friedland’s uncle, which eventually became the inspiration for Jobs’ computer company, Apple.

Mr. Friedland gained fame and notoriety in the massive Voisey Bay nickel discovery in Labrador in 1994. Diamond Fields, a company Mr. Friedland financed, while searching the region for diamonds, conducted some drill programs, and unexpectedly found one of the world’s nickel deposits.

The ensuing battle between Inco and Falconbridge for this deposit made Diamond Fields shareholders, including Mr. Friedland, very wealthy. Ivanhoe became a major player in international mining and helped many Canadian companies expand their scope globally. The Diamond Fields story also highlights the role luck can play in mineral exploration.

Murray Pezim, also affectionately known as ‘The Pez,’ was a flamboyant Vancouver-based mining financier. He started his career in Toronto during the 1950s working as a stockbroker. In the late ‘50s he met Steven Roman, who was raising capital to explore for uranium in northern Ontario. The Company was called Denison Mines, and Mr. Pezim bought in at $0.40 per share, which he was able to sell at $17 only a number of days later. Denison became a major uranium mine and a huge success story – and Steven Roman became a mining industry icon in his own right.

In Vancouver, Pezim had a boom and bust career – making and losing millions many times over. He was a charismatic, larger than life personality, and loved by most who came into contact with him. His determination and perseverance were utterly unflappable.

In the early 1980s, Mr. Pezim’s company, International Corona Resources was part of the major Hemlo gold discovery near Marathon, Ontario. As the discovery blossomed, he brought in Teck Corp, a major mining company, as a partner in the new mine. He and Teck won a major legal battle for the adjacent property that contained the Williams Mine.

In 1989, Mr. Pezim’s Calpine Resources made a major discovery at Eskay Creek in the northern British Columbia region commonly referred to as the Golden Triangle. This is now Canada’s highest grade gold-silver mine.

Mr. Pezim was inducted into the Canadian Mining Hall of Fame in early 1998, just before he passed away. He was a living legend in the Canadian mining exploration industry, and when he passed, the era of the uber-personality mining financiers passed with him. Today’s financiers are analysts, accountants, lawyers, and corporate finance specialists teamed up with geologists, with access to state-of-the-art technology. The era of flying by the seat of one’s pants is over.

Pat Sheridan obtained his geophysical engineering degree from the University of Toronto in 1955. In 1956, he started Sheridan Geophysics, where he invented some of his own geophysical technologies. In the early 1960s Sheridan became a partner in a Toronto brokerage firm. He began to stake mineral claims in northern Ontario and became a major shareholder in a number of small exploration companies. He had the foresight to stake claims near what became the Texas Gulf base metals discovery north of Timmins, Ontario that ultimately became the Kidd Creek Mine. During his long career, Mr. Sheridan operated mines, and staked many mineral claims across Canada, and eventually into the US and Mexico.

Like many mining financiers, Mr. Sheridan experienced a number of ups and downs through the years, due to commodity cycles, depressed prices, legal battles, and sometimes just bad luck. Despite those circumstances, he managed to develop a number of copper, gold and base metals projects through the 1960s and ‘70s, and during the 1980s he developed Canada’s largest palladium mine, the Lac des Iles mine, located 90km northwest of Thunder Bay, Ontario.

Upon his death in 2015 at age 81, Pat Sheridan was said to have been one of Canada’s largest landholders, holding mineral claims in every province and territory. In recent years his business model was based on optioning his claims to exploration companies for a royalty interest. In this manner, he spread his risk. If a project failed or payments were missed, the claims would revert back to Mr. Sheridan.

Sheridan had an encyclopedic knowledge of almost every project in Canada. His company funded many junior exploration projects, and as such, often someone considering starting an exploration project would first seek Mr. Sheridan’s advice and counsel. If he liked a deal, an agreement was sealed with a handshake. Paperwork would follow, but the deal was done.

For mining exploration investors it is helpful to understand which financier or financial entity is providing the financing for the deal. Today, any deal that has the Sprott/Cormark, Dundee/Goodman, Friedland/Ivanhoe, or Canaccord names involved carries a certain level of credibility with it. The same is true of other, lesser known financial firms. Their companies thoroughly vet any deal they are involved with and try to de-risk as much of it as is possible.

An investor must always remember that exploration always carries a high level of risk, regardless of the risk mitigation measures taken. In the end, the fieldwork and geophysics leads to identifying the drill target. The most expensive part of exploration is drilling, so companies use every tool in the toolbox to identify the precise location of a drill hole that will presumably lead to the best result. Unfortunately, until you drill you won’t know what you have. But none of this can happen without capital.

Your faithful writer met all the mining financiers written about here and knew several of them quite well. It is a pleasure to write about them for our readership. And hopefully this will be helpful to some who may be just getting their feet wet in their mining education in a mining market that hasn’t been so exuberant in years.

Information for this briefing was found via Sedar, Wikipedia and various news outlets. The author has no securities or affiliations related to this organization. Not a recommendation to buy or sell. Always do additional research and consult a professional before purchasing a security. The author holds no licenses. 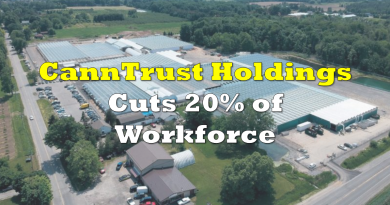 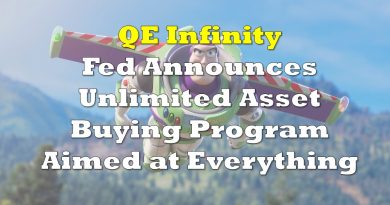 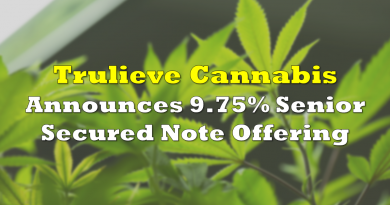