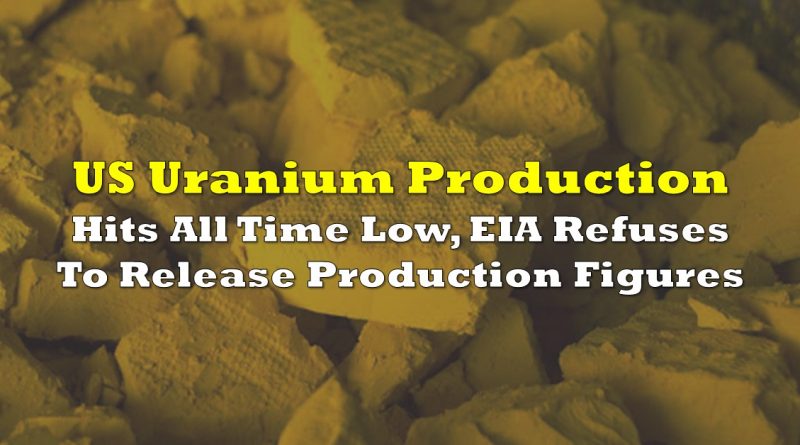 It appears that the United States is headed towards a crisis within its uranium market. This morning, the US Energy Information Administration (EIA) released its quarterly report for domestic uranium production. However, there was just one problem – production was so low during the second quarter that the agency withheld the data to avoid “violating protections that the EIA has committed to provide.”

This refusal to release data comes despite the US seeing one more facility coming online in the second quarter relative to the first quarter. Currently, there are four leach plants in production in the US, all located in Wyoming, while one uranium mill is currently in production in Utah. The mill located in Utah restarted operations following being put on standby, with the mill currently processing “alternate feed” at a capacity of 2,000 short tons of ore per day.

With respect to leach plants however, there is a discrepancy in the data provided within the report. When reporting on total in operation leach plants, the EIA reports that the four operating plants consist of the Lost Creek Project, Nichols Ranch In-Situ Recovery, Ross Central Processing Plant and the Smith Ranch-Highland Operation. Combined, they are expected to have an annual production capacity of 9,875,000 pounds per year of U3O8.

However, when the data is broken out, it indicates that the Smith Ranch-Highland Operating and the Ross Central Processing Plant are currently in standby mode, as they have been for several quarters – removing 5,875,000 pounds of U308 production capacity from the annual figure. In fact, the Smith Ranch-Highland operation, operated by Cameco Corp (TSX: CCO), has had production ceased since 2016. Meanwhile operations at the Ross plant, owned by Strata Energy, “remains subject to improvement in uranium market and additional project optimization and de-risking.”

Of the operations in production, it appears that the Lost Creek Project, operated by UR-Energy (TSX: URE) (NYSE: URE), produced a total of 4,119 pounds of U3O8 during the second quarter as per its financial reports released last week. Second quarter production at the project was slightly higher than the first quarter, which came in at 4,113 pounds. The Nichols Ranch project, owned by Energy Fuels Inc (TSX: EFR) (NYSE: UUUU), meanwhile was placed on standby during the first quarter of 2020 due to the depletion of existing wellfields. A total of 6,000 pounds of U3O8 is said to have been extracted from the project in the first six months of the year, with 5,900 pounds produced in the first quarter.

.Information for this briefing was found via Sedar, The EIA and the companies mentioned. The author has no securities or affiliations related to any organization mentioned. Not a recommendation to buy or sell. Always do additional research and consult a professional before purchasing a security. The author holds no licenses. 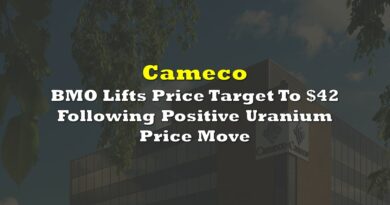 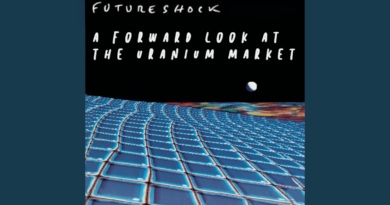 Future Shock: A Forward Look At The Uranium Market 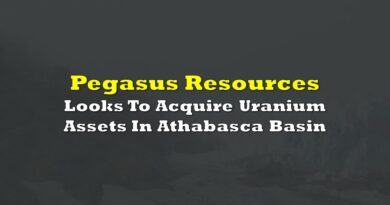