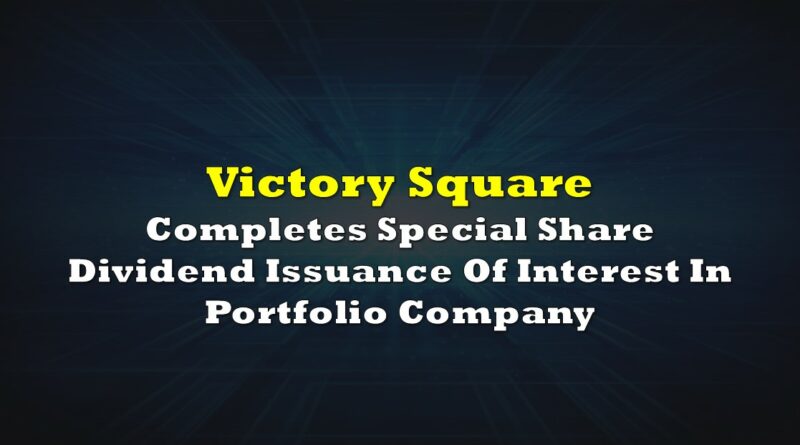 The special share dividend, announced in August 2021, is composed of two tranches of 4.5 million Immersive Tech shares each. The second tranche was completed on December 30, issuing dividend shares to Victory Square shareholders on record as of December 17.

Immersive Tech is working on building a physical metaverse through its location-based platform. The company recently got publicly listed on the Canadian Securities Exchange in September 2021.

Victory Square last traded at $0.33 on the CSE.