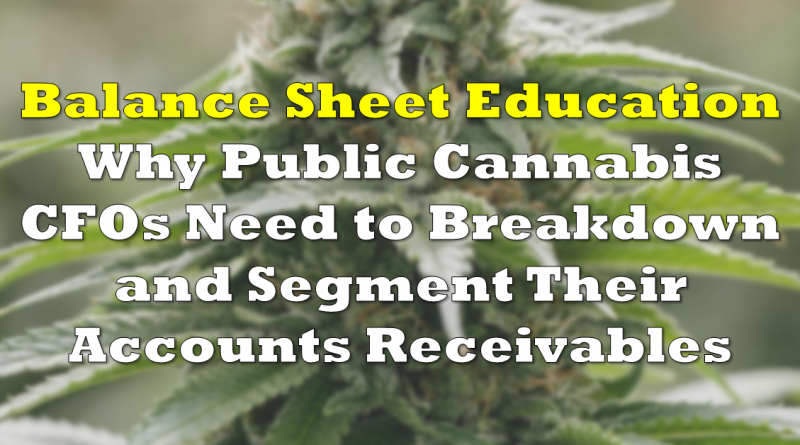 The ‘accounts receivable to sales’ ratio is one of many ratios drilled into finance and accounting students as a quick tool to assess the financial health of a company. One of the values behind the ratio is that it allows a reader of financial statements to determine how much of a company’s sales are on credit and are therefore exposed to counterparty risk – the risk that their customers will default on payment.

As this ratio grows closer to 1.0, companies can face an exceptional degree of risk as the equivalent value of all their sales for that reporting period can be at risk of default. Should the ratio exceed 1.0, this risk can become extremely acute as it can imply that the value of sales from a previous reporting period on top of the value from the current period have also not been collected. When a company has been unable to collect cash from a customer more than 90 days after invoice, the technical finance term is ‘not good.’

So, on November 12, 2019, Aleafia Health Inc. released their interim financial statements for the period ending September 30, 2019 which stated that the company had booked quarterly revenues of $5,289,531 and was holding $8,469,882 in accounts receivable. At first glance, these figures might be some cause for concern as the accounts receivable to sales ratio of 1.6 (well above 1.0) implies that for every $1 in sales that the company made over the past quarter they were still owed $1.60 by the end of that quarter.

It is true that provincial distributors often take 60 days to make payment, but that number is shorter than a single quarter, so why is the number above 1.0? Has Aleafia been selling products to other licensed producers with poor credit that are now in default? Or has Aleafia been offering sweetheart deal terms to buyers and offering them generous payment terms that run longer than 90 days? As it turns out, the answer to both questions is ‘probably not.’

In Canada, any company that sells goods or services (with limited exceptions) must collect sales tax from their customers and remit that tax to the government. If a company pays more in sales tax for goods and services than they collect for the year (often because they are not profitable), then they can receive a refund from the government for the difference. As many Canadian cannabis companies expanded their operations over the years and paid construction companies, consultants, and suppliers (all of whom collect sales tax) while earning little, if any, revenue – many of these cannabis companies became entitled to significant tax refunds from the government. These refunds were often lumped within the company’s accounts receivable line and made up a sizable amount of the total.

To give a sense of just how significant these tax refunds can be – for the quarter ending December 31, 2017 – in the era before adult-use sales and facility expansion was in full gear –  The Supreme Cannabis Company Inc. reported revenues of $1,680,641 with receivables of $4,282,124. This resulted in an accounts receivable to sales ratio of 2.55, a ratio that could be a source of serious concern if not for the fact that, unlike many other cannabis issuers, Supreme actually provided a breakdown of their trade receivables and sales tax receivables. It turns out that that trade receivables were only $1,029,094 (just 24% of the total), while the balance amount of $3,253,030 was comprised of sales tax receivables that were owed by the government. While technically no government that owes you money can ever be truly free of counterparty risk, this breakdown in the accounting notes provided readers with relief that Supreme’s exposure to potentially delinquent customers wasn’t nearly as significant.

Even in the adult-use era, as sector-wide revenues have failed to meet their lofty expectations and companies continue to build out their facilities, sales tax receivables can still make up a sizable component of a company’s total accounts receivable. In Aurora Cannabis Inc.’s financial statements covering the period ending September 30, 2019, sales tax receivables of $14,783,000 made up 16% of their accounts receivable, while The Green Organic Dutchman Holdings Ltd.’s sales tax receivables of $11,035,000 made up 79% of their total receivables in the same period. For the Dutchman, they made this particularly clear to readers as they opted to include the breakdown right on their balance sheet as opposed to putting it in the accounting notes.

Currently, cannabis companies do not consistently breakdown their accounts receivables to make it clear what amounts are actual trade receivables and what amounts are made up of other receivables, most notably, sales tax receivables. Some companies such as Supreme, Aurora, Dutchman, and Zenabis Global Inc. do provide a granular breakdown, which helps analysts assess just how much actual risk there is from customers who may default on their obligations. For Aleafia, they do mention in the notes that their accounts receivable does include trade and sales tax receivables, but without a numerical breakdown, it isn’t clear just how much risk can be attributed to customers as opposed to government or other third parties.

In this era, where financing has become tight and companies look to stretch cash flows, investors can be particularly wary of a company’s exposure to default from their customers. Left without a clear breakdown, it can be easy for analysts and investors to identify a high accounts receivable to sales ratio and inadvertently conclude that a company’s inability to collect and their exposure to unreliable counterparties is far higher than it actually is. Ideally, investors and analysts will be able to look at the relationship between a company’s trade receivables and their revenues, but without a breakdown, they can be left to assume the worst.

Information for this briefing was found via Sedar. The author has no securities or affiliations related to the securities mentioned. Not a recommendation to buy or sell. Always do additional research and consult a professional before purchasing a security. The author holds no licenses. 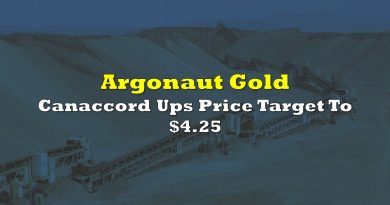 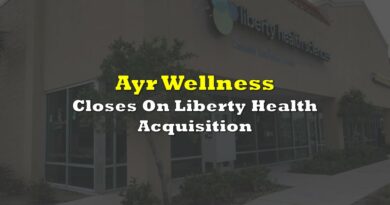 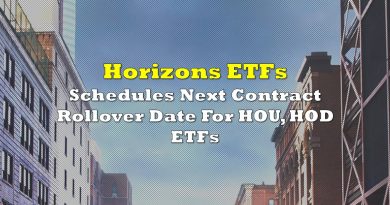