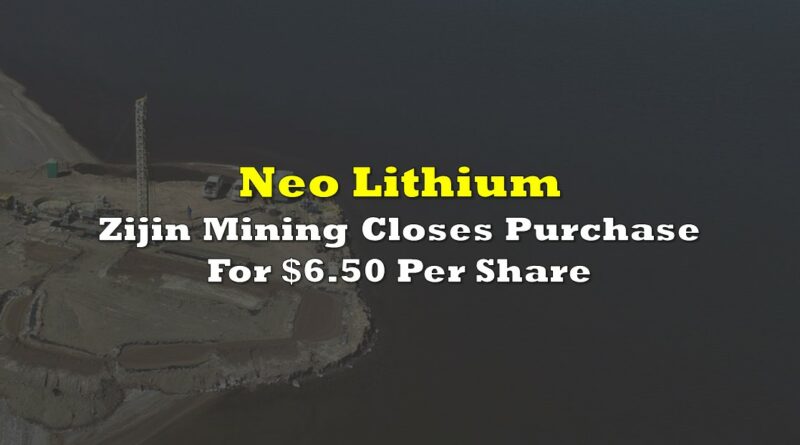 Neo Lithium (TSXV: NLC) has been acquired by Zijin Mining Group. The firm this morning announced the closing of the acquisition, which was first proposed back in October 2021.

Under the terms of the acquisition, Neo Lithium was acquired by a subsidiary of Zijin, with the Chinese firm paying $6.50 per share. Total consideration amounted to approximately $960 million for the company.

As a result of the firm being acquired, Neo Lithium’s shares are expected to be delisted from the markets in the coming days, including the OTC and Frankfurt markets.

Neo Lithium’s principal asset is its lithium brine project in Argentina, referred to as the 3Q project. The project has proven and probable reserves of 1.7 megatonnes of lithium carbonate equivalent, as well as further resources of 5.4 megatonnes of lithium carbonate equivalent. Pilot production is already occurring on site, with a feasibility study having been completed in 2021.

Neo Lithium last traded at $6.43 on the TSX Venture. 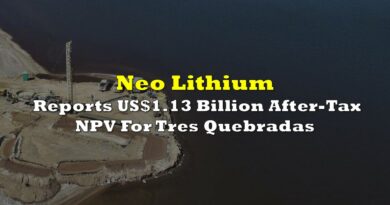 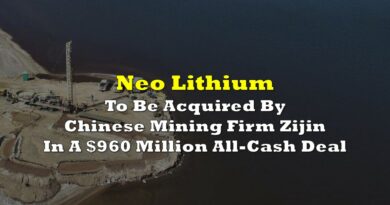