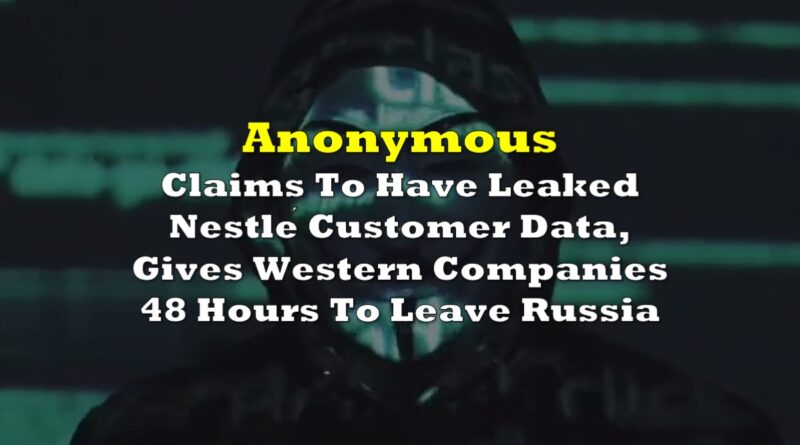 The international hacktivist collective known as Anonymous has announced that it has leaked 10GB worth of data belonging to Nestlé as part of its actions against Western companies that have not yet pulled out of Russia. The collective has launched a series of cyberattacks in retaliation for Russia’s invasion of Ukraine.

On March 21st the group called on Western companies who continue to operate in Russia and pay taxes “to the budget of the Kremlin’s criminal regime.” The group gave these companies 48 to “reflect and withdraw from Russia” or become their next target.

The alleged leak of Nestlé data targets the Nestlé Coffee Partners Solutions Lab, the foodservice merger of Nestlé and Starbucks, and contains data from more than 50,000 customers. As of writing, the group has yet to disclose what kind of data has been leaked.

Shortly before the leak, Anonymous has also claimed that they were able to access 156 unsecured printers across Russia to print out anti-propaganda messages about the war in Ukraine, as well as instructions on how to install Tor to be able to access uncensored news from outside of the country.

A Google Lens translation of the document showed that the message calls on citizens to “find horror in Putin’s actions.”

Russia controls the domestic narrative via state-controlled media, and by penalizing the spread of what the Kremlin deems as “fake news,” including calling the war anything other than a “special military operation.” Offenders can face up to 15 years in prison.

Earlier this month, Anonymous hacked Russian TV channels, including Channel One and Russia 24, to broadcast footage of Russia’s attacks in Ukraine.

Information for this briefing was found via Anonymous and the companies mentioned. The author has no securities or affiliations related to this organization. Not a recommendation to buy or sell. Always do additional research and consult a professional before purchasing a security. The author holds no licenses. 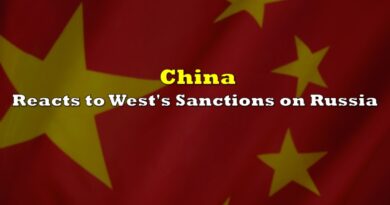 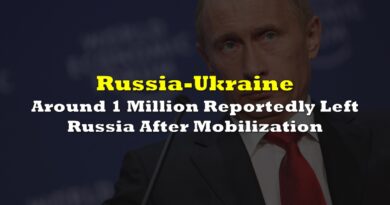 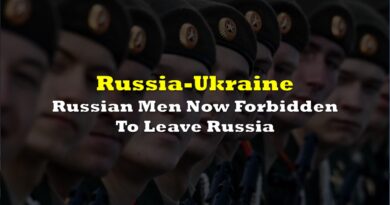