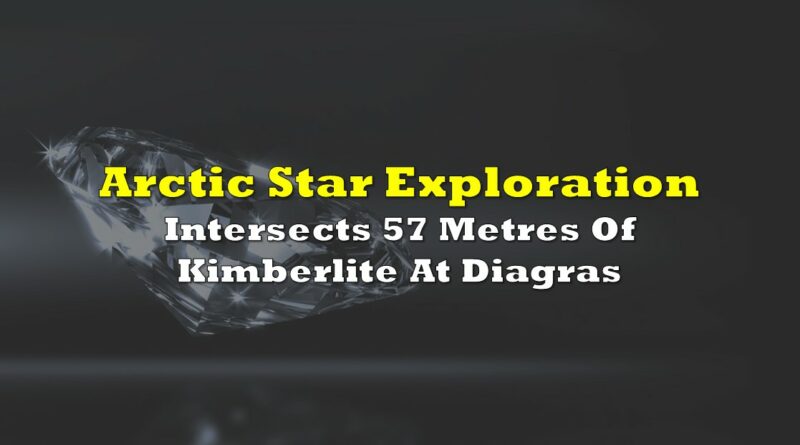 Arctic Star Exploration (TSXV: ADD) this morning reported that it has confirmed the discovery and recognition of what is known as the Sequoia Kimberlite Complex at its Diagras Diamond Project in Lac De Gras, Northwest Territories. The confirmation follows the completion of the second drill hole into what is referred to as the Sequoia geophysical anomaly.

The confirmation of the complex being discovered follows two drill holes that were placed into an electromagnetic, magnetic, and gravity anomaly. Presently, the anomaly measures 1 kilometre long in a north-south orientation, while also being up to 200 metres wide.

Notably, the anomaly was previously known to contain kimberlite, with the southern end of the anomaly containing the Jack Pine deposit discovered in the 1990’s, which is known to contain diamonds. As a result, the company has commented that, “Our drilling has now confirmed that this known kimberlite is only a smaller part of a much larger complex.”

The data released this morning indicates that kimberlite was intersected 240 metres to the north of the initial discovery drill hole conducted by the firm. Kimberlite was intersected at 31 metres, and exited at a depth of 88 metres. Further drilling as a result is said to be warranted. The company has now moved the drill to a separate target, known as Kong, where a distinct EM anomaly is present between the Kong E and Kong W kimberlites.

Arctic Star Exploration last traded at $0.245 on the TSX Venture. 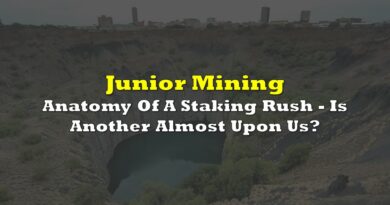 Anatomy Of A Staking Rush – And Is Another Almost Upon Us? 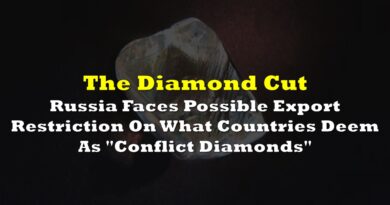 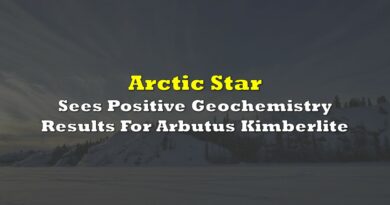