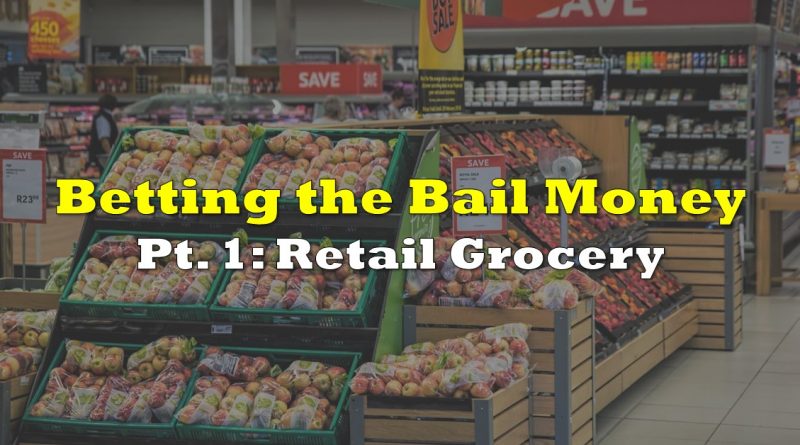 Gold broke through its floor at $1564 last week, indicating that the market doesn’t yet believe in the total apocalypse that the real world feels like. At least, not in the near term. The market thinks that the economy will take the money it is being fed, by the Fed, to keep everyone fed, and use it to get un-stuck. That isn’t unreasonable. The economy may well continue to develop in the areas it’s able and drag investment cash into those areas as it does.

Gold will have to move into the $1650s to break back into a bull trend, and it likely will, it’s just hard to figure when. That’s always the trick.

With trillions of relief money having been announced by governments, but none having yet been released, the markets are bouncing along in an extended, sideways chaos. Money is still out there on the hunt, looking to catch the kinetic energy from the stimulus nitro boost, still unsure of how to go about it.

The trend-bucking bullish action in retailers continues, with plenty of volume, as shelter-in-place orders get more widespread, more serious, and restaurants scale back to take-out only. A sense of permanence falling over the quarantine leaves little doubt about what consumers are likely to do with these stimulus checks when they show up.

Costco (NASDAQ: COST) and Walmart Inc. (NYSE: WMT) both refuse to break down, and Kroger Co. (NYSE: KR) looks better than it ever has in terms of trend and action. Everyone who’s lined up at a grocery store lately understands why.

The surprise in the retail grocery sector is the breakdown of Amazon.com, Inc. (NASDAQ: AMZN), which is likely fighting off the selling pressure that tends to fall on crowded trades in crashes as punters look to free up cash. Fundamentally, a consumer desire to have groceries delivered instead of standing in line for them sounds like the type of thing that would give Amazon an edge, but there’s more going on here.

Services like Amazon Web Services and Prime Video account for 40% of Amazon’s sales, and the market isn’t as bullish on the web slinging tech giants as one might expect in a situation where everyone has to stay inside. All of the F.A.A.N.G. stocks except for Apple have broken down, as investors discount an expected hit to the ad revenue that search and social have been built to monopolize.

It isn’t clear what that means for AWS, whose B2B revenue depends on the maintenance of those search and social sites, and whose growth comes from new web development, but few investors are keen on hanging around to find out. The retail goods business that makes up the other 58% of Amazon has its own problems.

A company is only as good as its people

America’s newfound respect for service workers happened slowly at first, then all at once. A sudden shift in paradigm has made the working conditions of grocery store workers and delivery drivers the subject of two separate New York Times articles in the past ten days as it dawns on us, collectively, that our personal health doesn’t exist in a vacuum.

The Times details a frankly minimal adjustment to sick-leave policy at Wal-Mart, designed to keep infected or potentially infected staff from coming to work that followed the COVID-19 infection of a Wal-Mart associate in Kentucky, while making a larger point about how hourly workers who aren’t entitled to sick leave are likely to work through symptoms.

Amazon subsidiary Whole Foods was widely ridiculed for a March 11th rally-the-troops email from CEO John Mackey encouraging staff with available time off to “donate” it to a company-wide pool for use by other co-workers feeling symptoms. Mackey might have sold the idea if he pooled some of his own sick time and the company kicked a non trivial amount of additional sick leave into the pool, but he’s still adjusting to the sudden shift in priorities. The market’s love for CEOs who know how to keep labour costs down isn’t likely to have gone away overnight, it’s just not going to make a difference if shoppers think the store is a petri dish.

The optics got worse for Amazon on Saturday when a Times feature told the world that “terrified” package delivery employees at UPS and FedEx were still going to work while symptomatic. The package sorters and drivers get very little sick leave, paid or otherwise, and are hyper-aware of how replaceable they are as everyone’s out of work while package volume explodes. Consumers might start thinking about where their package has been, they might re-consider the impulse Amazon purchases while on lockdown. UPS is one of Amazon USA’s largest shippers.

It’s wild times out here in the upside down. We’re watching closely for details on the bailout packages and trying to identify trends through all of this noise. Stay tuned for Betting the Bail Money Pt. 2, where we’re going to talk Canadian oil bailout. 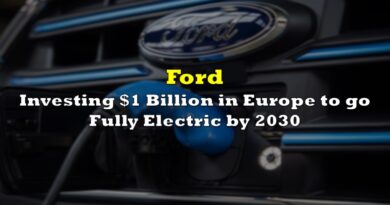 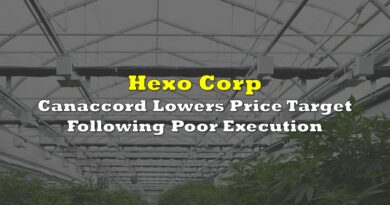