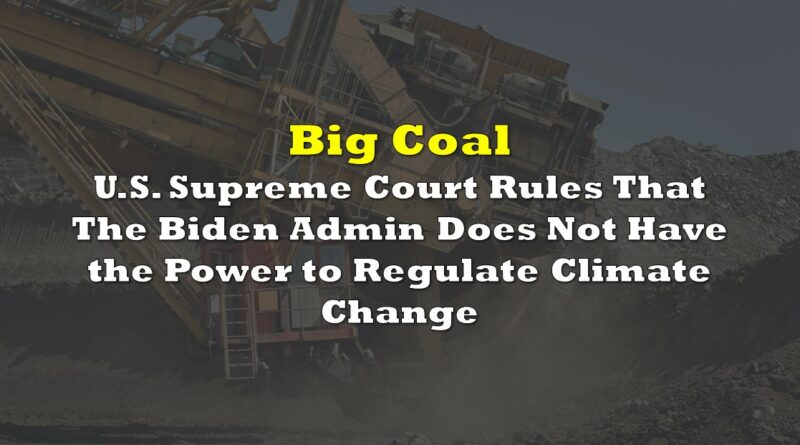 The U.S. Supreme Court continues to issue landmark decisions which will dictate major changes in behavior and business practices that had been accepted for many years. Specifically, on June 30, the Court ruled 6-3 in favor of coal-producing states and sharply limited the Biden Administration’s ability to restrict carbon dioxide emissions, which are widely acknowledged to cause climate change. Clearly, the ruling is a positive for the thermal coal mining industry.

In West Virginia v. EPA, many coal mining companies, as well as 19 primarily Republican-leaning states, claimed the U.S. Environmental Protection Agency (EPA) does not have the sweeping powers the Biden Administration claimed it had to make new rules limiting carbon emissions nationwide. A lower court sided with the Biden Administration, but the Supreme Court decided to hear Big Coal’s appeal of that decision.

A majority of the Supreme Court justices, three of whom were appointed by former President Trump, believe the EPA overstepped its authority and determined that elected representatives should set the rules.  “It is not plausible that Congress gave EPA the authority to adopt on its own such a regulatory scheme …. A decision of such magnitude and consequence rests with Congress itself, or an agency acting pursuant to a clear delegation from that representative body.”

Phrased another way, the high court’s decision does not alter the EPA’s authority to treat carbon emissions as a hazardous air pollutant. It does, however, limit the regulatory body’s ability to adopt sweeping rules to combat greenhouse gas emissions.

The Biden Administration (and before this, the Obama Administration) based its expansive view of the EPA’s power on a little-used provision in the landmark Clean Air Act of 1970 that said pollution should be reduced by the “best system of emissions reduction.” The Court concluded this clause means the EPA has the power to improve how individual power plants operate, not to transform how electricity is produced. The power sector is the second largest source of greenhouse gas emissions in the U.S.; the transportation sector is the largest.

Individual U.S. states will now be prevented from enacting sweeping rules that set pollution targets. These targets have in many cases been used to dictate changes in the way electricity is produced (i.e., away from coal-fired plants).

The Supreme Court’s decision would seem to formally extinguish President Biden’s goals of cutting carbon emissions in half by 2030, and shifting decisively to carbon-free electricity by 2035. These lofty aspirations were predicated on making housing more energy efficient and reducing carbon emissions in the transportation sector (e.g., many more electric vehicles).

The ruling could set the stage for a further rally in shares of coal company. Like many energy plays, these stocks have jumped this year. In addition, the ruling pours additional cold water on the most bullish clean energy adoption projections. Indeed, the already reduced growth expectations of many electric vehicle companies likely must be trimmed further.

Information for this briefing was found via the US Supreme Court and the sources mentioned. The author has no securities or affiliations related to the organizations discussed. Not a recommendation to buy or sell. Always do additional research and consult a professional before purchasing a security. The author holds no licenses. 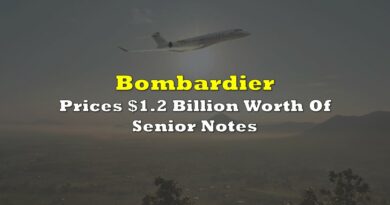 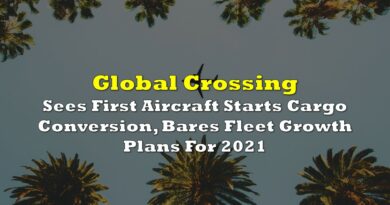 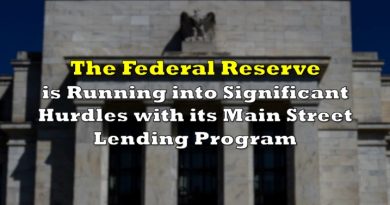