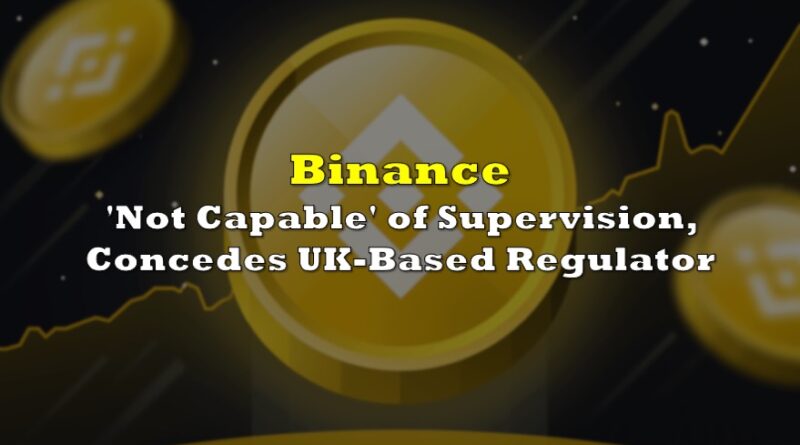 The UK’s financial regulator has admitted it is unable to adequately supervise Binance, following a crackdown on the cryptocurrency exchange platform.

Two months following the Financial Conduct Authority’s (FCA) crackdown on Binance, the regulator once again raised alarm over the crypto exchange’s risky products and governance. According to a notice created on June 25 but released on Wednesday, the FCA said that Binance’s UK affiliate, Binance Markets Limited, rejected to meet some of the regulator’s demands, such as providing information on the exchange’s products offered in the UK, as well as broader products offered on Binance.com.

In fact, Binance even refused to reveal such basic information as the functions and trading names for its group entities around the globe. “The FCA considers that the firm’s responses to some questions amounted to a refusal to supply information, and that the firm has failed to respond adequately to the FCA’s information requirements,” the regulator said in a statement. As a result, the FCA conceded that the crypto exchange “was not capable of being effectively supervised.“

Recall, back in June, the FCA sparked a global crackdown on Binance, by banning the exchange’s UK affiliate from offering its products in the European country. Despite this, though, customers were still able to access derivatives and other regulated products via Binance.com. Shortly after the ban and in an attempt to calm its customers’ alarm, Binance took to twitter to insist that its UK-based operations were entirely separate from the global group.

But, as the Financial Times reveals via internal Binance documents, “Binance is operating an FCA regulated business,” adding that “consumers will be subject to the FCA regulatory guidelines.” Meanwhile, the FCA’s notice on Wednesday also revealed that Binance Markets Limited also lacks any approved senior executives, anti-money laundering and compliance oversight roles. “This is of particular concern in the context of the firm’s membership of a global group which offers complex and high-risk financial products, which pose a significant risk to consumers,” said the FCA.

Information for this briefing was found via the FCA and the Financial Times. The author has no securities or affiliations related to this organization. Not a recommendation to buy or sell. Always do additional research and consult a professional before purchasing a security. The author holds no licenses. 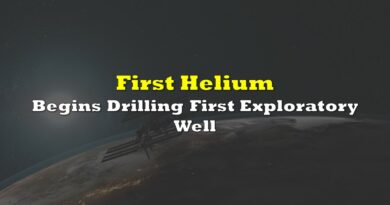 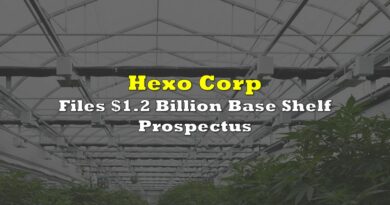 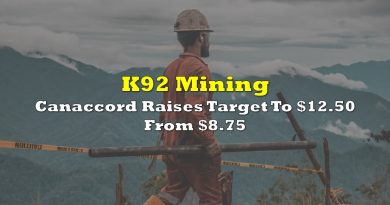