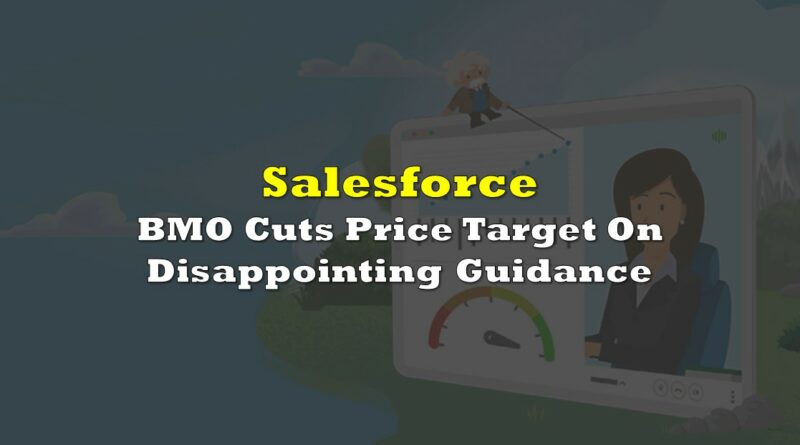 Salesforce (NYSE: CRM) last week reported it’s third-quarter financial results for the period ending October 30, 2022. The company announced that revenues grew 14.2% yearly, or 19% with a constant currency of $7.84 billion. This growth trickled down to gross profits, which increased 14.5% to $5.75 billion, or a 73.4% gross margin.

The company saw a spike in its operating profits before non-reoccurring expenses, jumping from $38 million in the year ago period to $460 million this quarter. Though this growth did not lead to an increase in net income or earnings per share, both of which were down 55% yearly.

The company ended the quarter with $6.1 billion in cash and cash equivalents and $5.84 billion in marketable securities with $9.42 billion in long-term debt.

After the earnings news release, the company also announced that the Vice Chair and Co-CEO of Salesforce, Bret Taylor, will be stepping down effective January 31 and that Marc Benioff will be Chair and CEO.

Salesforce currently has 50 analysts covering the stock with an average 12-month price target of $201, or an upside of 39%. Out of the 50 analysts, 12 have strong buy ratings, 27 have buy ratings, and the last 11 analysts have hold ratings on the stock.

In BMO Capital Markets’ note on the results, they reiterate their outperform rating but lower their 12-month price target to $172, down from $180, saying that the company’s guidance and management commentary makes it tough to paint a good growth outlook.

On the results, BMO expected total billings of $6.54 billion, which the company missed by roughly 5.5%. Revenues came in line with BMO’s estimates. However, the company managed to miss all of BMO’s other estimates, specifically cash flow metrics. BMO was forecasting that Salesforce would have reported $641 million in operating cash flow and $469.2 million in free cash flow. Instead, the company reported $313 million and $115 million, respectively.

They add that the company reporting 15% year-over-year growth was a strong showing given the challenging macro backdrop.

Though one positive from the results is that the company’s margins of 22.7% came in better than BMO’s 21% forecast. BMO attributes the results to lower sales and marketing expenses. BMO writes, “we believe management will continue its focus on stringent cost management while revs are in a downturn.”

They add that the fourth quarter and full-year guidance is disappointing, with the company guiding CRPO to see 10% growth yearly, “which is a material deceleration from the just reported 15% y/y CC growth.” Previously, BMO was expecting 12% growth. They add that management stated the environment has “incrementally worsened.” As customers continue to elect not to expand seats and/or are reducing spending on less needed products like marketing or commerce.

Below you can see BMO Capital Markets’ updated estimates. 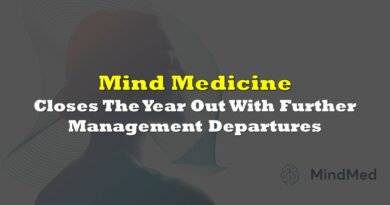 Mind Medicine Closes The Year Out With Further Management Departures 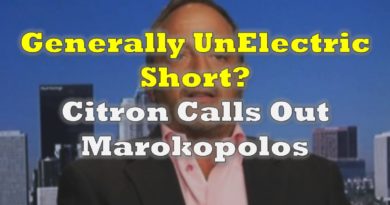 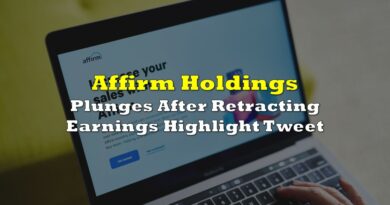