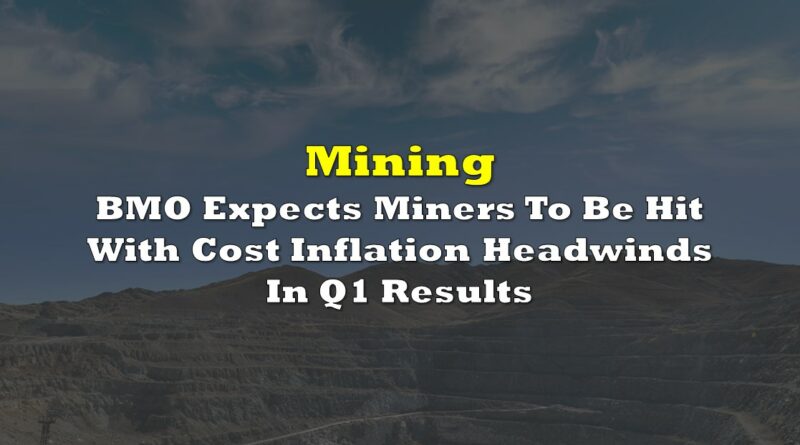 On April 18, BMO released their first quarter preview on their metals and mining coverage, asking the question “Should We All Hide Out Until Reporting Is Over?” They say that for the first quarter they are looking for companies to try and quantify their cost inflation headwinds and because of this, they expect that the overall tone of the sector results will be negative.

Though they say some of this negative tone is cyclical as “mines tend to be pushed in Q4 to make up full-year production numbers, and are left to mine lower grade and/or to complete scheduled maintenance in Q1.”

In BMO’s coverage, they see Agnico Eagle (TSX: AEM), First Quantum (TSX: FM), Hudbay Minerals (TSX: HBM), and Teck Resources (TSX: TECK.B) as having the highest chances of a negative tone in their reports. They believe that managements commentary across the board will be focused on operating and capital costs while they also don’t expect full-year guidance to be updated with the first-quarter results.

BMO backs this comment up by pointing to the unknown duration of the Russia-Ukraine conflict, which is the largest contributor to the headwinds. They say that headwinds management is expected to talk about will be short-lived but significant. They expect a 5% increase in costs as some miners have already seen a 20% to 30% increase in fuel costs on top of a 200% increase in the cost of explosives.

Because of this risk, BMO’s estimates for both EBITDA and EPS are much lower than the consensus estimates.

Though BMO just said that these headwinds will play a significant role in the first quarter, they also believe that the new generation of investors is more comfortable taking risks, especially with high commodity prices. BMO believes that with these elevated commodity prices, businesses can afford to pay governments more without compromising net margins.

With companies being able to give more money to the host governments and/or communities, this will help them align themselves with shareholder values and improve ESG metrics. They also believe that successfully navigating “complexities of government and community relations” is also a good exercise for the future.

Though they say that this risk-on environment is not broad-based as names like Hudbay, Kinross, and IAMGOLD shares are depressed and trading below its peers. 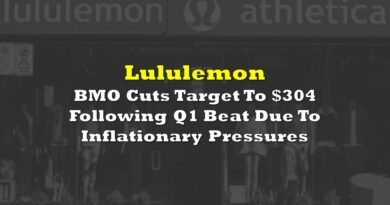 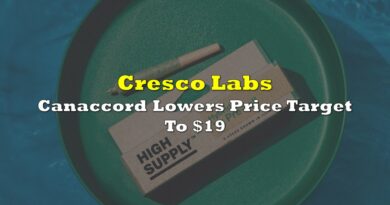 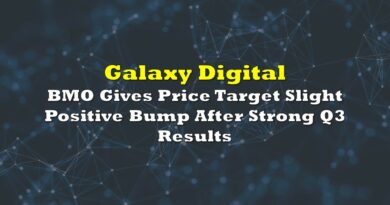