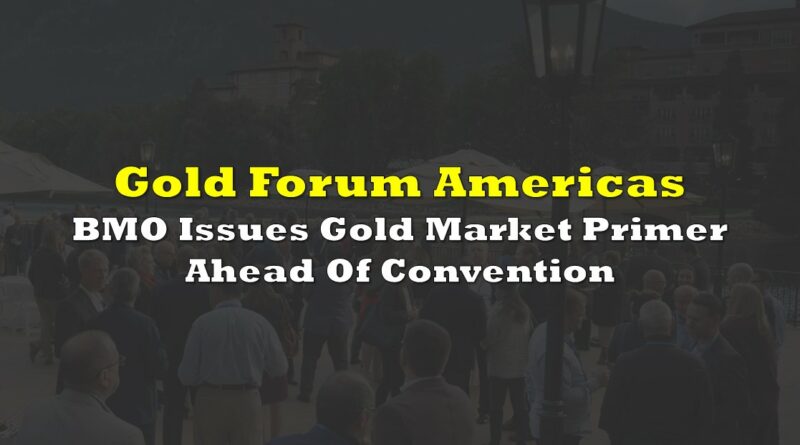 This weekend started off the Gold Forum Americas, where BMO has many of their analysts and is keeping a close eye on. For this, they released a gold overview note and provide some insight into the supply-demand situation and areas they believe will be the talking points at the forum.

Further, they provided an excellent matrix identifying the current gold supply-demand balance that exists today, and where they expect it to go in the future.

They start the note off by saying, “There is no doubt we are in an interesting period for gold, as the Federal Reserve edges toward tapering and eventual rate rises, while producers face the relatively rare challenge of deciding what to do with the strong cash flow currently being generated.”

The first point being made in this note is that gold is still at a very good price, even after falling 6.5% year-to-date to ~$1,800. Especially since the latest Jackson Hole speech and August’s nonfarm payroll miss, which brought back the idea that the Federal Reserve still has much to improve the economy before they can start tapering.

BMO believes there will be some slowing of asset purchases by the Federal Reserve heading into year-end. They write, “with negative real yields, high geopolitical tensions and potential for wider market volatility, we see the potential for a sharp correction in gold (a la 2013) as relatively low.”

The second larger point BMO believes will be of discussion at the Gold Forums this weekend, is what are/will the miners do with the immense amount of cash they are now raking in due to Gold extending over $1,400 for 790 days, the longest on record.

Miners who aren’t concentrated on giving investors capital returns via buybacks or increased dividends are revisiting shuttered mines. BMO writes, “we have already seen restarts, including the likes of Kainantu and more recently Kiena, enjoying a new lease of life. There are several advanced restart projects including Bardoc and Mt Todd, amongst others that are expected to capitalize on gold’s heightened allure.”

The last overarching point BMO believes will be much of the discussion at the Gold Forums is that ETF demand continues to drag in Gold. They write, “Unlike other commodities, 2021 looks set to be a relatively bad year for gold demand.

World Gold Council data highlights substantial ETF outflows in Q1, particularly in North America, and steady inflows in Q2.” As explained above, BMO is under the belief that the Federal Reserve tapering “is all but certain,” coupled that with the negative real yields, they believe that there is “no overwhelming reason for aggressive rotation away from gold.” 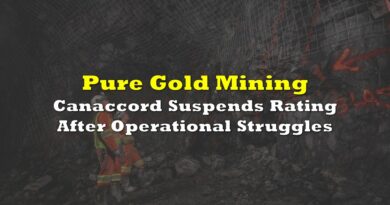 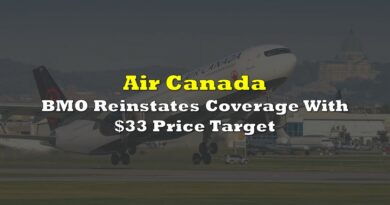 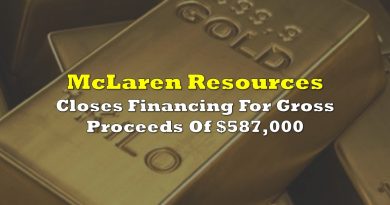