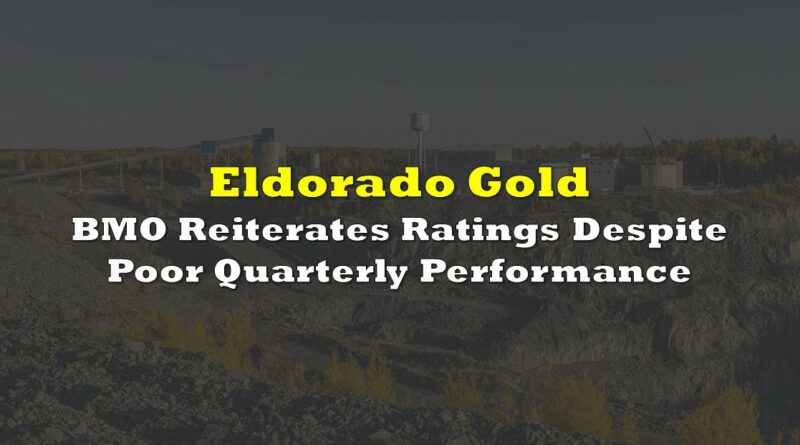 Eldorado Gold (TSX: ELD) is down 8% since it reported its first-quarter financial results on April 28. Eldorado reported revenues of $194.7 million, down 13% year over year, while gross profits fell 38% over the same period to $39.45 million. The firm barely reported an operating profit, reporting $8.13 million, down 82% as the company’s SG&A expense grew 71% year over year.

The company reported a much wider net loss than last year, reporting a net loss of $316.8 million, compared to a net profit of $14.3 million last year. This puts the company’s earnings per share at ($1.74). Free cash flow meanwhile came in at ($26.8) million.

Eldorado Gold currently has 11 analysts covering the stock with an average 12-month price target of C$18.31, which represents a 47% upside to the current stock price. Out of the 11 analysts, 1 has a strong buy rating, 6 have buy ratings, 3 have holds and a single analyst has a sell rating on the stock. The highest price target sits at C$22, which signals a 77% upside to the current stock price.

In BMO Capital Markets’ note on the results, they reiterate their outperform rating and C$18 12-month price target on the stock, saying that the real story is lower production results, rather than higher costs and inflation. They call the company results negative, as the company missed all estimates, while inflation hit the company hard.

On the results, Eldorado Gold’s adjusted earnings per share of $0.07 came in below BMO’s estimate of $0.10. While cash costs and all-in sustaining costs came in higher than their estimates of $782 and $1,299, respectively.

Though the company reiterated its full-year 2022 production guidance of 460k to 490k ounces, on top of their cash costs and all-in sustaining costs being reiterated. BMO remarks that their takeaway from the earnings call is that management seemed “less certain about meeting cost guidance for 2022.”

Lastly, the company noted that many things negatively impacted its costs this quarter, resulting in higher input costs which have affected the company’s profitability. BMO notes that now the company has total liquidity of $685 million. 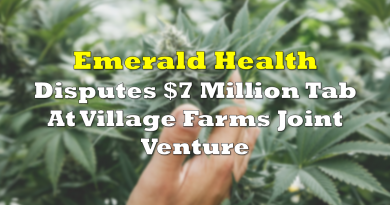 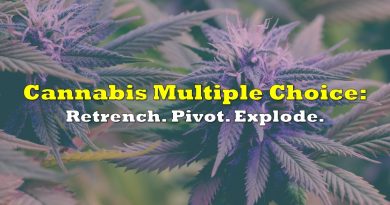 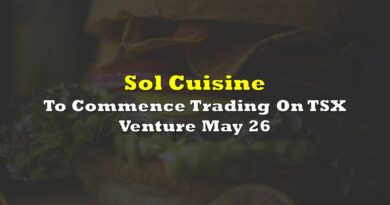 Sol Cuisine To Commence Trading On TSX Venture May 26